How does a small, historically Mennonite college in Northern Indiana find itself on the brink of becoming a Hispanic Serving Institution in 2022, when only four percent of undergraduate students identified as Latinx just 15 years ago? Goshen College’s journey toward becoming a Hispanic Serving Institution (HSI) is really three interconnected stories. 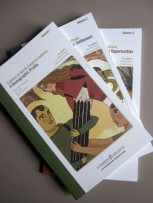 Goshen College's Institute for Latino Educational Achievement, in collaboration with the University of Notre Dame's Institute for Latino Studies, published a three-volume series of research reports, titled "Latinos in Northern Indiana," during the spring of 2011. The reports assess the educational experiences of local Latinos and provide recommendations for improvement. 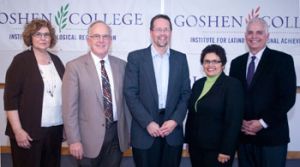 An "exciting new chapter" has begun at Goshen College, according to the college's President James E. Brenneman on March 24 as he launched three institutes, all focused on the college's distinctive academic strengths as they relate to faith. 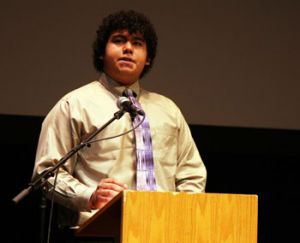 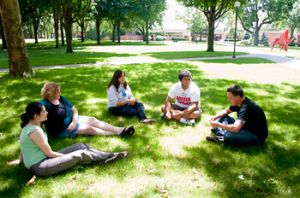 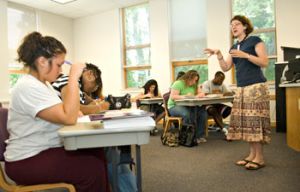 Northern Indiana may not have the exotic allure of Cambodia or Peru, but after 40 years of sending students around the world for a semester of cross-culture learning, Goshen College is launching a new location for its Study-Service Term (SST) program right in its own backyard.