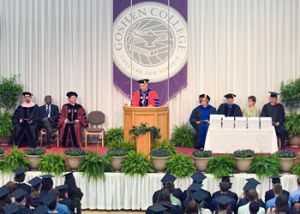 Goshen College's Class of 2009 received degrees Sunday, April 26 after being encouraged to take a leap of faith by President James E. Brenneman and to have courage and to persevere by Union College President Stephen Charles Ainlay, a 1973 Goshen College graduate.

With the help of Goshen College librarians, more peace is now available around the world- at least in the form of online documents related to peace studies. 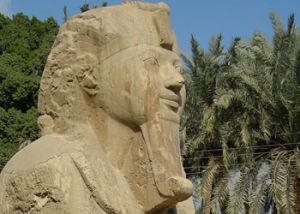 With the current international situation being described as the "clash of civilizations" (the clash between the two largest religious traditions in the world, Islam and Christianity), Goshen College has decided that now is the time to "find its way to the Middle East in a new opportunity for learning through our well-established Study-Service Term program," said President James E. Brenneman. The decision was made public at the April 14 Goshen College Afternoon Sabbatical international luncheon, which featured Egypt.

A World for a Classroom…