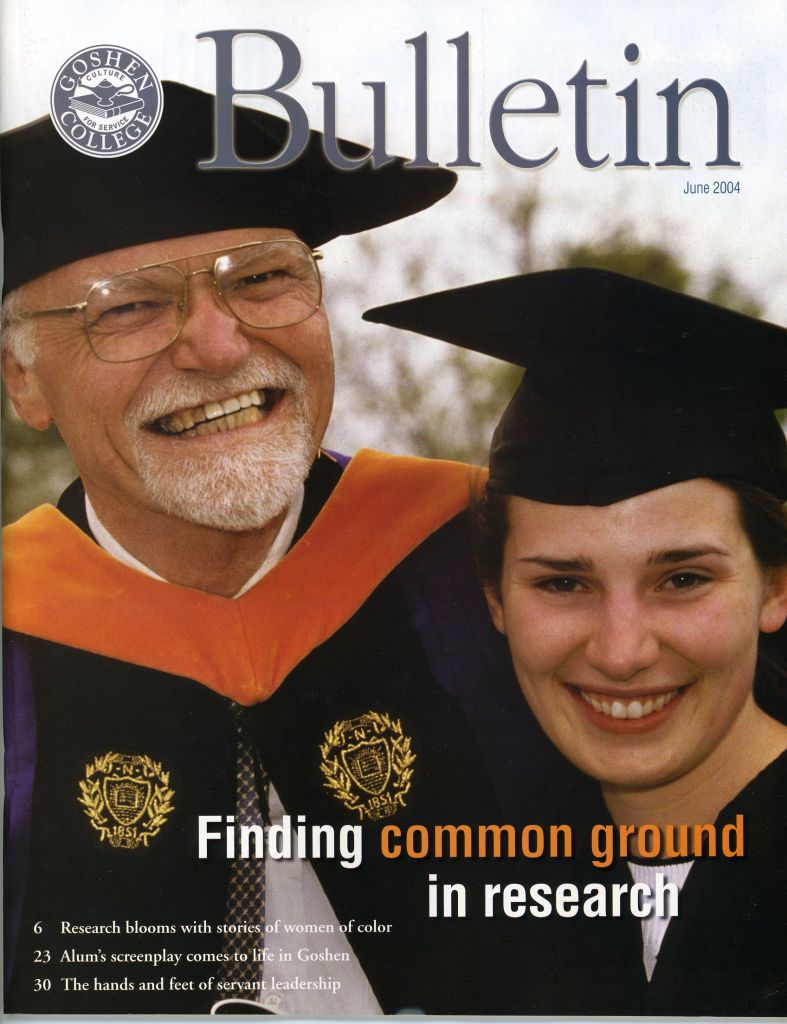 ‘New dawn’ at WGCS; Radio station launches 91.1 FM The Globe with all Americana and world music

When listeners tune in to WGCS 91.1 FM on June 21, they will no longer hear the melodies of Mozart -- unless banjo virtuoso Bela Fleck arranges the tunes. General Manager Jason Samuel announced that the Goshen College radio station, 91.1 FM, will now be called "The Globe" and will feature full playlists of Americana and world music -- including the addition of public radio's most popular music program, "World Cafe," which isn't heard on any other station in the region. 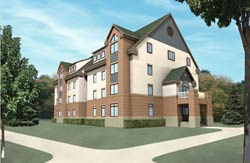 Bulldozers have begun to move dirt, but the hammers haven¬t started pounding yet. Construction of a new four-story apartment-style building on the Goshen College campus, to house seniors in 16 apartments, began the first week of June with the intention of being completed by the fall of 2005.

The Goshen College track and field program made the most of its trip to the 2004 NAIA Outdoor Track and Field National Championships at Cardinal Park in Louisville, Ky., May 27-29, as three of the Leafs' four national participants were honored with All-American status.

When it comes to fundraising for a building project, especially a "green" one, it is sometimes helpful to plant a seed in order to glimpse the overall potential for the facility. With a decision to build its new complex in two phases, construction will begin on Merry Lea Environmental Center¬s long-awaited collegiate facility this summer.

Merry Lea Environmental Center's plans for a collegiate facility received a boost April 27 when Executive Director Luke Gascho opened his mail and found a check for $150,000.