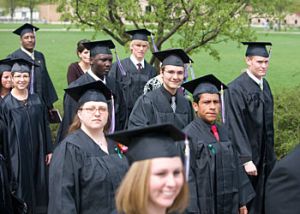 At 110th Goshen College commencement, noted human rights advocate tells graduates to persevere, to serve others and to trust in God

Goshen College's Class of 2008 received degrees Sunday, the culmination of years of hard work and prayer, after being encouraged to be life-long learners and to reach for high goals by President James E. Brenneman and Mukarabe Makinto-Inandava, an advocate for poor people in Africa.

President’s speech: “Out of the Whirlwind” 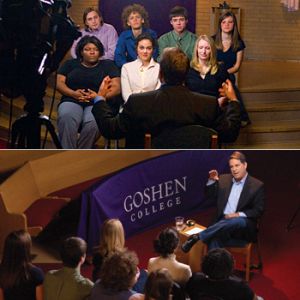 CNN wanted to speak with Mennonites who are first-time voters this year and learn their views on the presidential election. With the Indiana presidential primary happening on May 6, they decided to visit Goshen College and hear from students about what political issues are important to them, as well as how their Mennonite faith informs their politics. 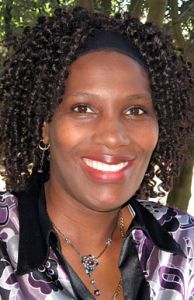 A native of Burundi, East Africa, who is an advocate for issues challenging developing countries will present the 110th graduating class of Goshen College with a final address of their undergraduate careers during the 2008 commencement on April 27.