Maple Scholars is an eight-week, hands-on interdisciplinary summer research program that encourages applicants from every discipline to participate. Faculty members propose their area of study by early December in the school year, and students apply to work on the projects. The 16 students participating this year come from a variety of disciplines, including history, molecular biology, accounting, art and film production, among others.

This summer students are collaborating with 11 faculty members to work on 12 different projects, in areas of study ranging from mosquito diseases to the Latinx legacy program. Most students live on campus for the duration of the program in an effort to build an academic community of sorts, and the entirety of the group meets every Friday throughout the summer to share projects and progress. The program culminates with final presentations on July 21. 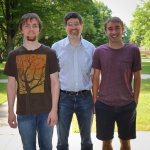 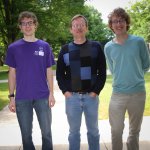 Christian Bechler, a junior mathematics and history double major from Hudsonville, Michigan, is working with Kenan Bitikofer, a senior computer science and music double major from Saint George, Kansas. Together with Mathematics Professor David Housman, they will research a bounded algorithm for discrete, complete and envy-free resource allocation to better understand how groups of self-motivated individuals can effectively cooperate with other groups of self-motivated individuals. This research is fueled by a discovery in late 2016 that such an algorithm is not impossible, as previously thought. 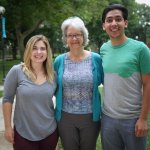 Jose Chiquito Galvan, a sophomore sociology and sustainability studies double major from Goshen, and Marris Opsahl, a sophomore writing and social work double major from Clarksville, Ohio, are working with English Professor Ann Hostetler on the GC Latinx Legacy Program. They are collecting stories and experiences of Center for Intercultural and International Education (CIIE) (formerly CITL) scholarship recipients and GC graduates that will then be compiled into a Pinchpenny Press book at the end of the summer. The interviews will take various forms, including poems and Q&A interviews. 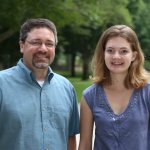 Joelle Friesen, a 2017 graduate with a molecular biology/biochemistry major from Normal, Illinois, is working with Bob Yoder, campus pastor, to preserve the legacy of Goshen College’s Ministry, Service and Camping Inquiry programs. Friesen is working at interviewing past participants and collecting stories from their experiences, as well as analyzing other data from the program. Key insights from this project will be shared with future participants as well as church leaders and other constituency members to show the impact of this program at GC. 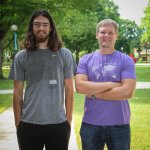 Takoda Friesen, a senior film production major from Goshen, is working with Five-Core Media Manager and Professor of Communication Kyle Hufford. They are collecting the oral history of the Plaut family, who live in Goshen, and will produce a documentary to tell their stories of providing a safe haven for Jewish families fleeing Germany in the early 1940’s. 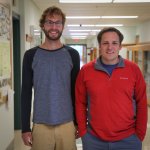 Joel Gerig, a senior molecular biology major from Goshen, is working in collaboration with Biology Professor Kris Schmidt to use new techniques to edit a specific genome. The changes they are making will allow them to better track and understand the gene, thus understanding more about human genes as well. 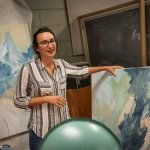 Maddie Gerig, a 2017 graduate, is an art major from Goshen working with Art Professor John Mishler on a mixed media art project. She is researching trends in contemporary sculpture, as well as reviewing contemporary sculptors. Gerig is also working to develop a series of processes and process descriptions that will enhance her own technique as a sculptor, and at the end of the summer, have a series of mixed media sculptures to display. 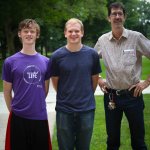 Julian Harnish, a senior music and mathematics double major from Bluffton, Ohio, is working with Vince Kurtz, a 2017 graduate with a physics and music double major from Rochester, New York. Together with Professor of Physics Paul Meyer Reimer, they are focused on mapping worldwide changes in groundwater. Kurtz, Harnish and Meyer Reimer will compare actual measurements from satellites with predictions of a climate model to identify areas where groundwater levels have been directly impacted by human activities. 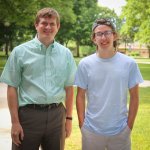 Isaac Longenecker, a junior accounting major from Grayslake, Illinois, is working in collaboration with Justin Heinzekehr, director for institutional research at Goshen College. They are working to evaluate GC’s current scientific data management practices, as well as organize past data and develop standards for future students and Maple Scholars participants. They are also working to establish a training protocol for all future faculty and students in the Maple Scholars program working with organizing data. 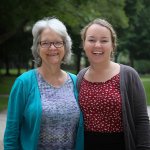 Jenae Longenecker, a senior history and peace, justice and conflict studies double major from South Bend, Indiana, is working in collaboration with English Professor Ann Hostetler to establish a publishing imprint called Painted Glass Press. GC’s English department is home to the Mennonite Center for Writing, and Longenecker and Hostetler are working this summer to make content available in print as well as online. They are also reworking the website to make content available to a wider audience. 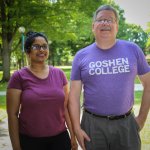 Apa Naik, a senior biology major from Rasoda, India, is working with Michael Sherer, director of information technology at GC, to explore existing and emerging research about the bio-chemical mechanisms of redox imbalance and associated disease progression. Sherer has previously completed research on the subject, and Naik is working to further that. 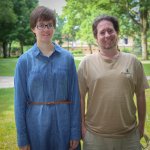 Bridgette Webb, a junior environmental science major from Goshen, is working with Biology Professor Andrew Ammons to research the role of mosquitoes in the spread of viruses and diseases. Webb is carrying out independent research in both the field and the lab and will present a final project at the end of the summer.