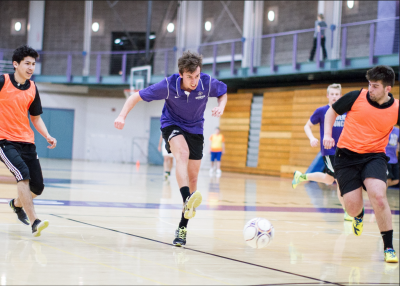 Interested in intramural sports? The GC Intramural Staff works to foster a competitive environment for a wide range of athletic abilities. Our mission is to provide organized sports leagues and tournaments that are both competitive and recreational.

We have a great mix of co-ed sports (Outdoor Soccer, Volleyball, Sand Volleyball, Kickball, and Ultimate Frisbee) and single-gender (Basketball, Indoor Soccer, 3-On-3 Basketball). Over half of the student body participates in intramural sports each year. Scroll down to sign up for your favorite in-season sport!

Returns October 2 (First and Second Round)
and October 9th (Finals)

Coming Soon – To Be Announced

Coming Soon – To Be Announced

**Rosters must be between 5-7 players max.

**Single Elimination tournament (Open to all)

Rules are loosely based on the California Beach Volleyball Association and have been adapted for intramural and recreational play.