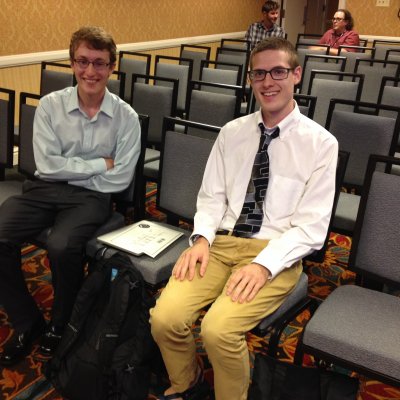 Maple Scholars is an eight-week summer program that gives students the opportunity to participate in independent research projects alongside Goshen College faculty of various disciplines. Scholars keep each other informed of their progress in weekly seminars, and the program ends with a celebration involving a public poster session, presentations, and a dinner. Christian and Kenan also presented their work at MathFest 2017 in Chicago. The picture shows Christian and Kenan relaxing after giving their MathFest talks.