Stan King’s 30-year research career in plant pathology was bookended by successful stints with the Goshen College tennis team, first as a nearly undefeated player, then as one of the longest-serving coaches in Maple Leaf history.

King was born in India to missionary parents. That’s where, as a boarding school student in South India, he took up tennis as an 8-year-old, earlier than most of his peers in the U.S. When his family moved to Goshen he attended Goshen High School where playing tennis for the GHS team helped him transition.

“Tennis was something I excelled at,” said King. “It gave me some self-esteem and self-confidence, which was especially important for a 14-year-old moving into a new country and culture.”

As a student-athlete at GC, King lost only two tennis singles matches in four years playing no. 1 singles and doubles.

His first season as a Maple Leaf coincided with the debut season of intercollegiate tennis at GC in the fall of 1957, coached by none other than Roman Gingerich himself, a man King admires for his yeoman efforts to bring intercollegiate athletics to GC.

“I am grateful for my GC experience － it was positive and a good one,” said King. “It gave me a strong foundation and direction for my life. Turning down a tennis scholarship at Western Michigan University in favor of GC was, in retrospect, a crucial decision for me.” 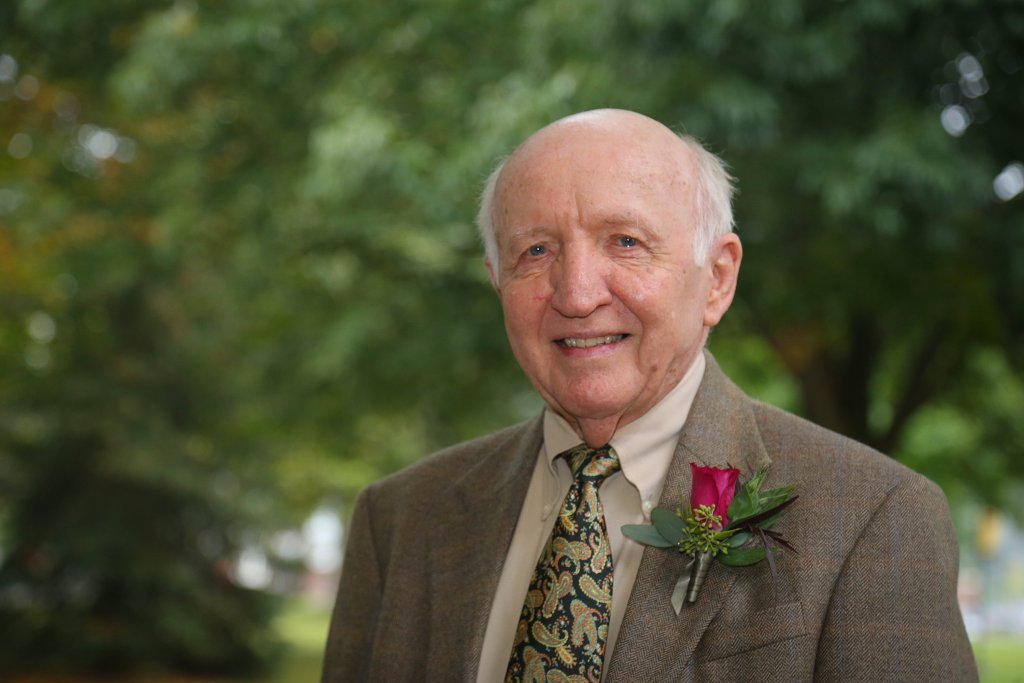 King continued his formal education at The Ohio State University, receiving his master’s and doctoral degrees in plant pathology. His 30-year research career had him teamed with scientists engaged in regional projects to improve crops, primarily coarse grained cereals (pearl millet, sorghum, corn) in semi-arid areas of Africa and Asia.

One of his more significant research achievements was identification in West Africa of stable sources of resistance to downy mildew disease in pearl millet which were later used by him and other scientists to develop breeding materials to combat downy mildew disease epidemics in India. One composite variety developed from this work added over $50 million annually to the income of pearl millet farmers in India during the late 1980s.

After returning to the U.S. in 1997 and retiring as a plant pathologist, King started a “retirement career” coaching tennis, first as girls’ team coach at GHS (8 spring seasons) and then adding the men’s team at GC (fall sport) in 1999. After 17 years with GC tennis, King retired with a 106-103 record, a program high for wins by a coach.

“It was a privilege and great opportunity for me to coach tennis, especially at GC”, King said. “My career as a plant pathologist was interesting, fulfilling, and a great fit. To top that off with coaching tennis was like icing on the cake.

King enjoys being active – traveling with his wife, Bonnie, volunteering in the Goshen Community, reading, and visiting with people. They have two married sons, Matthew ’92 and David ’00 (a player on King’s first GC team), and three grandchildren. Stan and Bonnie attend College Mennonite Church, Goshen.