Why Have Mennonite Women Gathered? 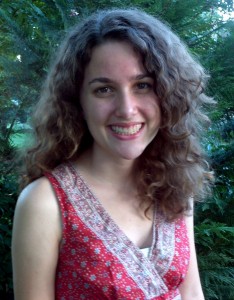 There is something powerful and beautiful that happens when women gather together. When I look back on my life, it is the times where I have joined with other women—a cluster of giggly girlfriends congregated on a bed during a middle school sleepover, my aunts and grandma bustling in the kitchen during the holidays, my close college female friends discussing everything and anything over a midnight study break—that I hold the closest to me.

As a Goshen College Ministry Inquiry Program participant, I had the opportunity to examine women’s gatherings in the context of the Mennonite Church when I worked with Joanna Shenk on the Women in Leadership Project this summer. Through interviews, research, and many hours spent in the Mennonite Church USA Historical Archives, I created a database of research that documented meetings, organizations, and conventions where Mennonite women have come together to act for change.

When, where, why, and how have women come together? What can we learn from these gatherings so women can be supported in the church, now and in the future?  What I discovered was a variety of rich answers to these questions, though the process of finding them was complex. Early on in my research I found that Mennonite women have been gathering informally together for centuries. What changed throughout history, however, was how the Church publicly recognized and supported these gatherings when they became formal.

Because of this complexity, my research led me to sources like letters and diaries that were not published, but nevertheless held enriching stories of the everyday life of Mennonite women.

I also soon discovered another complexity: the broad topic of Mennonite women in a long span of Mennonite history. I realized that the best approach to look at the macro scale was by using the micro scale. I let stories of an individual woman take my hand and pull me through a certain decade, using her experience as a voice to point out lessons of women’s gatherings along the way.

Through this approach, I made many “historical friends.” I walked with Barbara Herr in 1881 as she wrote letters about publishing her writing in the Gospel Herald. I walked with Clara Eby Steiner in 1916 as she wrote letters back and forth to other women as they planned the Women’s Missionary and Service Commission, the first formal Mennonite women’s organization. I walked with Mary Bustos and Maria Rivera Synder in 1973 as they took meeting minutes for the first Hispanic Women’s Convention in Moline, Illinois. Finally, I walked with Sandra J. Seals in 1981 as she wrote a memo to pastors of black and integrated churches advertising the third-biennial Black Mennonite Women’s Retreat in North Webster, Ind.

From these walks with “historical friends,” along with interviews conducted with current women leaders in the church, I started to piece together a timeline of the diverse history of formal women’s gatherings in the Church. Since the Women’s Missionary and Service Commission in 1916, to the formation of Mennonite Women USA in 2003, Mennonite women have formally gathered to confront a variety of issues, such as race, theology, gender roles, service, language and identity. These diverse issues formed diverse women gatherings. Latinas and African-American women began formally organizing in the Mennonite church in the early 1970’s, and the Hispanic Women’s Conference and Black Mennonite Women Retreats are still happening today.

While diverse issues and diverse women shaped women’s gatherings in the Church, commonality fueled the gatherings as well. Women throughout the century gathered because of their similar need for a space of support, connection, and understanding where they could safely explore their role in the Mennonite Church. As Maria de Bustos, a national coordinator of the 1978 Hispanic Women’s Conference stated in a 1978 Goshen News article, the Hispanic Conference was a “milestone in growth and development” for women because it encouraged “social and cultural fellowship in our own (Spanish) language.”

But within this diverse place, commonality was found. Bustos continued, “The (Hispanic) Conference is no way meant to imply a split between Spanish and English speaking Mennonite congregations.” Bustos continued. “We are all one.”

This way of simultaneously embracing commonality and diversity is prophetic to the Church today. As I look back on the dozens of stories I have heard this summer, I realize how important it is to affirm each person’s story when a group gathers together. The most effective gatherings happen when the building blocks of a group are made up of a variety of people who each have a variety of experiences and backgrounds. Yes, we are all one, but we are also many. To understand a gathering, we must open up spaces for a range of experiences. May this be a lesson, for the Women in Leadership project and Mennonite Church USA.

Emily Kraybill is a senior social work major with a women’s studies minor.