Reflections from a summer in the city

This summer I interned at Lancaster Newspapers, Inc. in Lancaster, Pa. Though part of my experience was trailing a former Associated Press journalist as he reported, the majority of my role was writing my own articles. I contributed about 45 published articles on a range of topics including graduations, weather, sports, features and hard news. 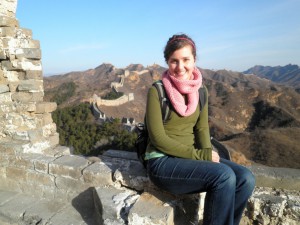 One of my favorite types of articles to write was on people turning 100 years old. It involved driving to a nursing home, sitting with the person and asking questions about their entire life. The process was very slow, but I always felt inspired after hearing 100 years’ worth of stories and lessons.

My funniest experience of the summer was when covering a local fair’s opening. Without warning, the sky rumbled and poured rain over the fair—including me. I completed my interview with a soggy notepad, press badge and shoes. From that, I learned a reporter must do whatever it takes to get the story!

My stories weren’t always easy to write. One evening, I walked in a vigil through the streets of Lancaster city to the location where a 21-year-old was shot and killed. Coming into the vigil, I felt I should separate my emotions from the event. However, after marching with the grieving family, it was impossible to not face my own perceptions and emotions of the event. Later, as I wrote the story, I was able to use my feelings in a way that enhanced the story. It was neat for me to see where reporting and the self can combine.

Though I’m unsure if journalism is a path I’d like to pursue in the future, my summer taught me the skills of listening, asking and reporting. I think these are valuable lessons I’ll carry with me.

Becca Kraybill is a senior writing major.  She spent her interning at Lancaster Newspapers in Lancaster, PA.