Sponsored by the Goshen College Alumni Board, the 2020 Alumni Awards were presented to:

For the 14th year, the Goshen College Maple Leafs Athletic Club presented the Dr. Ruth Gunden and the Dr. Roman Gingerich Champion of Character Awards. The two awards, created in 2005, are presented to a male and female alumni athlete who exemplify the college’s core values in their lives, work and community service. Gunden and Gingerich were pioneers in Goshen College’s athletic history. 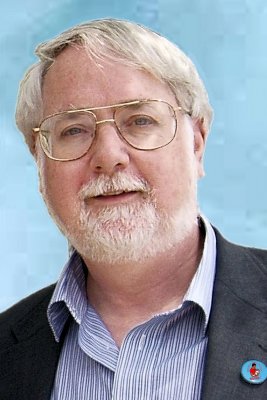 Franklin Baer ’72 is a citizen of the world, devoting his life’s work to international health care programs in 30 countries over the span of 35 years.

A biology and natural sciences major at Goshen College, Baer traces much of his formative experience, prior to his work with global health, back to Goshen.

“It is not difficult, in retrospect, to recognize that my four years in the blending environment of Goshen College shaped me significantly in terms of beliefs, spirit, culture and service,” Baer said. “However, it is difficult to tease apart the threads of Goshen College, for they have become finely woven into the fabric of my being.”

Upon graduation, Baer and his wife, Retha Yoder Baer ’71, volunteered with the Teachers Abroad Program (TAP) in Zaire, now the DRC, through Mennonite Central Committee. After

Baer and his wife earned diplomas from the Antwerp School of Tropical Medicine, Baer went on

to receive a master’s degree in tropical medicine from Johns Hopkins in 1976. Baer earned a doctoral degree in public health from Tulane University in 1982, after which he served for 10 years as the project manager of the USAID-funded SANRU Basic Rural Health project in Zaire.

When Baer isn’t traveling, he is an active member of Harrisonburg Mennonite Church in Harrisonburg, Virginia. 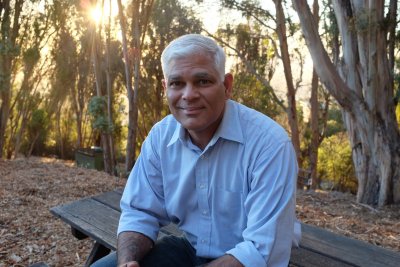 Shashi Buluswar ’90 is committed to problem-solving that brings basic rights to all humans, as he dedicates much of his professional life to combating global poverty, fostering peace between India and Pakistan, as well as finding home-grown solutions for local empowerment.

In the late 1980s, Buluswar traveled to Goshen College from Calcutta, India, to study computer science and business. He was soon influenced by the intertwined ideas of service and vocation.

“Growing up in a developing country, I was accustomed to the idea that the main purpose of education was to ensure we got decent jobs,” Buluswar said. “At GC, I was exposed to the idea, possibly for the first time, that service can and should be a core tenet of not just education, but of life in general.”

After graduating from Goshen College in 1990, Buluswar earned a master’s degree in business administration from Northwestern University before completing a Ph.D. in artificial intelligence from the University of Massachusetts.

Buluswar spent more than a decade training to be a scientist, a business strategist and an entrepreneur with the goal of pioneering a new approach to global development.

For the past five years, Buluswar has pioneered the Institute for Transformative Technologies (ITT), with a mission to bring to life breakthrough technological solutions for combating global

poverty, through advanced research, engineering, a unique commercialization model and a global network of partnerships.

ITT has introduced technology in the form of solar mini-grids, vermifiltration composting toilets, groundwater drill, solar vaccine fridge and infant warmers to places in Kenya, Nigeria, India and beyond.

Before founding ITT in 2015, Buluswar was a partner at Dalberg Global Development Advisors, a mission-driven strategy consulting firm which serves international NGOs, foundations, governments, social entrepreneurs and the United Nations.

But Buluswar is much more than a visionary for global development; he is a committed activist in whatever he pursues.

Beyond his professional interests, he spent a decade competing on the Indian national rowing team, and made a critically acclaimed documentary film about the India-Pakistan conflict and “cricket diplomacy.” Buluswar also teaches at the University of California at Berkeley.

Now in the age of COVID-19, Buluswar and those at ITT are partnering with other global development organizations to design and promote high-impact technology innovations, such as affordable breathing assistance devices for COVID-19, for primary healthcare systems in low-income countries. 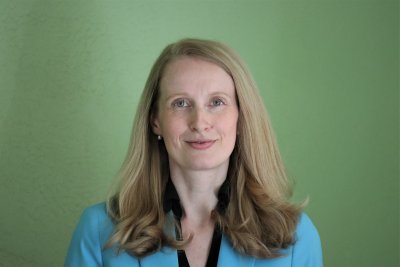 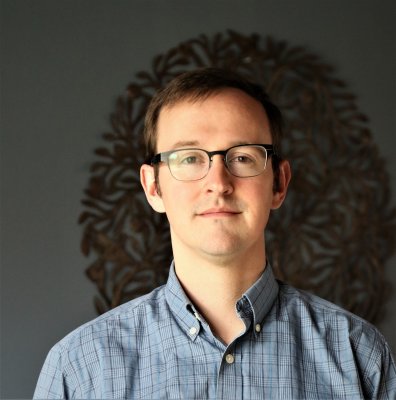 For Paul ’08 and Rebecca ’08 Shetler Fast, serving together in Ethiopia through Goshen College’s Study-Service Term (SST) solidified a deeper sense of calling in their lives: to serve vulnerable and marginalized people.

Paul and Rebecca first met on SST in Ethiopia, both doing service for the Mennonite church’s HIV/AIDS program.

“After SST, we decided on a career path that led us through grad school, through service with MCC in Haiti, and now back to Goshen where I continue work as Global Health Coordinator with MCC and Rebecca is now working with Oaklawn as Director of Elkhart County’s System of Care,” Paul said.

Growing up in Tanzania and Ontario, Canada, respectively, Paul and Rebecca brought different perspectives to the table, with a shared desire to serve, leading them to accept a five-year volunteer term in Haiti with Mennonite Central Committee, beginning in 2015.

During this time, the two served as co-country directors, before Paul moved into his role as Global Health Coordinator in 2018. While in Haiti, Paul and Rebecca worked with diverse local partners working on water and sanitation, nutrition, mental health, reforestation, restorative justice, and education for vulnerable youth. Following Hurricane Matthew in 2016, Paul, Rebecca and others at MCC worked to pilot a new model of water, sanitation, and hygiene (WASH) programming to combat cholera in hotspot communities that had been devastated by the disease since it was brought to Haiti by UN forces in 2010. These efforts contributed to the elimination of cholera in all participating communities within 6 months of implementation.

Now having returned to Goshen, Paul and Rebecca are seeking out new ways to empower others. This fall, Paul will work with the Goshen College community to pilot a partnership between MCC and GC to launch a Global Public Health Virtual Practicum. Rebecca works with local nonprofits, community leaders and groups to reduce health disparities that impact children’s ability to reach their potential and develop innovative and collaborative solutions that build on community strengths.

Paul and Rebecca live in Goshen with their children, Madeline and Gideon. They attend Berkey Avenue Mennonite Fellowship.

Todd Woodworth ’78 takes ‘Culture for Service’ beyond the soccer field

For Todd Woodworth ’78, his time as a soccer player at Goshen College was only one piece of the liberal arts education he continues to praise today.

While a three-sport athlete in high school, Woodworth focused on soccer at Goshen College. He found success as a conference champion his sophomore year and as a district champion his junior and senior years. During his tenure on the men’s soccer team, the team went 42-18-1.

Beyond the field, Woodworth traveled to Honduras for Study-Service Term, where he improved his Spanish and decided to pursue it further. After graduating from Goshen, Woodworth earned a master’s degree in physical education with additional accreditation in Spanish.

Woodworth recalls being impacted by GC’s emphasis on and motto of “Culture for Service” very early on.

“There is a community in Goshen College that can take you as far away as you want in your experiences,” he said.

Woodworth credits many of his experiences at GC as having influenced his life and career choices. He and his wife, Diane (Bontrager) ’83, moved to San Juan, Puerto Rico, after graduation to work at Academia Menonita.

For 33 years, Woodworth dedicated his time to coaching, while teaching Spanish for 29 years and physical education for four years alongside coaching.

In 2014, Northridge High School in Middlebury, Indiana, honored Woodworth’s 24 years of coaching by naming the soccer field in his honor. The Todd Woodworth Field now acknowledges Woodworth as the longest-serving soccer coach, having started the boy’s soccer program in 1990.

After retiring six years ago, Woodworth began farming with his two sons at his wife’s family farm in Shipshewana, Indiana. Woodworth lives in Goshen, with his wife, Diane. They have three adult children, Jesse ’07, Luke ’10 and Clara ’17. The Woodworths attend Eighth Street Mennonite Church.

Krysten Parson ’02 values GC community, seeks to bring that to others

Krysten Parson ’02, a former Maple Leaf basketball and All-Conference softball player from Indianapolis, says the community she found at Goshen College transcended the softball field and basketball court, to the classroom and beyond.

“Community has become part of my foundation; it is integral to who I am as a person and in my professional life,” Parson said. “This was not something that I had experienced before I came to Goshen.”

Playing since she was five years old, Parson excelled at softball while at Lawrence Central High School in Indianapolis. A basketball standout as well, she committed to Goshen College to play both basketball and softball at the school.

Parson set records and received awards in basketball and softball. In basketball, Parson set two career school records that still stand today with most assists (610) and steals (318). She remains among the top ten for career points (1277), free throws (345), three-pointers (132) and three-pointer percentage (.376).

Also a member of the softball team, Parson was both an all-conference catcher and all-region catcher, still holding program career records for 148 runs scored, 204 hits and 8 triples. In 2001, Parson and the GC softball team won the conference championship for the first and only time, making an incredible and surprising comeback against Indiana Wesleyan at home.

After college, Parson became a physical education teacher and coach at Bethany Christian Schools in Goshen. She served as the junior varsity girls basketball coach for three years, and spent a year coaching the boys junior varsity basketball team before becoming the girls basketball head coach, now in  her 15th season. She holds a program record of most wins (138) and is the longest-serving high school head coach in Elkhart County.

Parson is now school counselor at Bethany Christian Schools, having earned a Master’s degree from Lamar University in 2019.

Parson lives in Goshen, and has legal guardianship over her two nephews, Isaiah, 15, and Zane, 13. They attend Maple City Chapel.