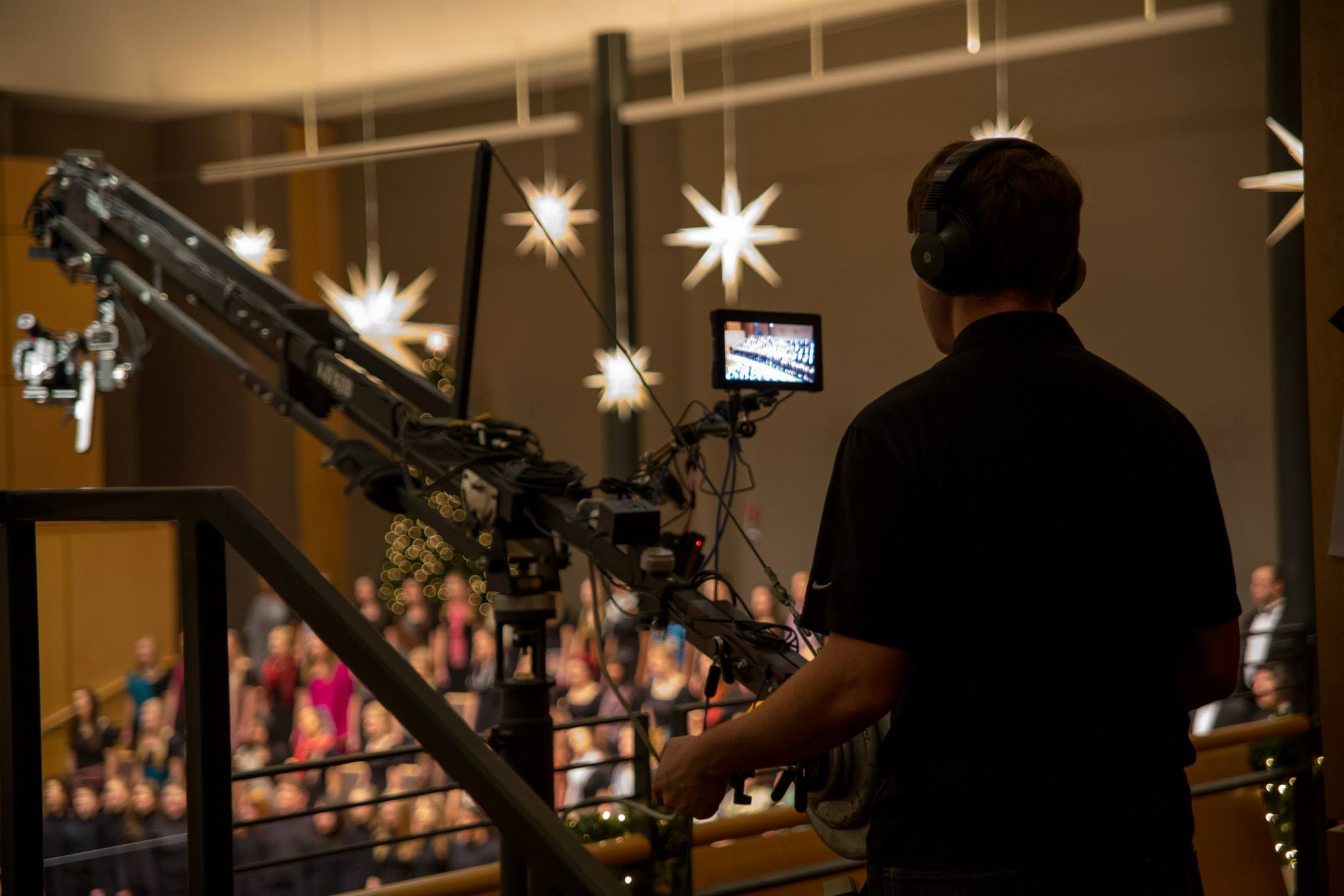 FiveCore was nominated in the Special Events category alongside WFYI in Indianapolis, Covenant Productions in Anderson, Indiana, and WTVG in Toledo, Ohio. The Lower Great Lakes Chapter of the National Academy of Television Arts and Sciences (NATAS) includes stations and production companies from Indianapolis, Cleveland, Toledo, Ft. Wayne, Erie and other outlying markets in the region.

“This honor belongs to our wonderful Goshen College students, our producer, Taylor Stansberry, and the talented faculty, staff and students of the music department,” said Kyle Hufford, manager of FiveCore Media. “I am really excited that our students have been recognized alongside the best professionals in our region for their hard work. It says a lot about our program and our school.”