By invitation, Goshen College President Jim Brenneman is taking part in a higher education climate roundtable discussion at the White House today, as part of the American Campuses Act on Climate day of action. There are approximately 50 colleges and universities represented at the event.

On Nov. 12, President Brenneman signed a pledge to continue the college’s ongoing efforts to neutralize greenhouse gas emissions and continuing to grow sustainable practices across campus.

“I am proud that Goshen College is recognized as a leader in the field of sustainability by being invited to participate in this important conversation at the highest levels,” Brenneman said. “It is an honor for Goshen College to be among a very select group of colleges and universities to be invited by the White House to participate in the American Campuses Act on Climate roundtable today.” 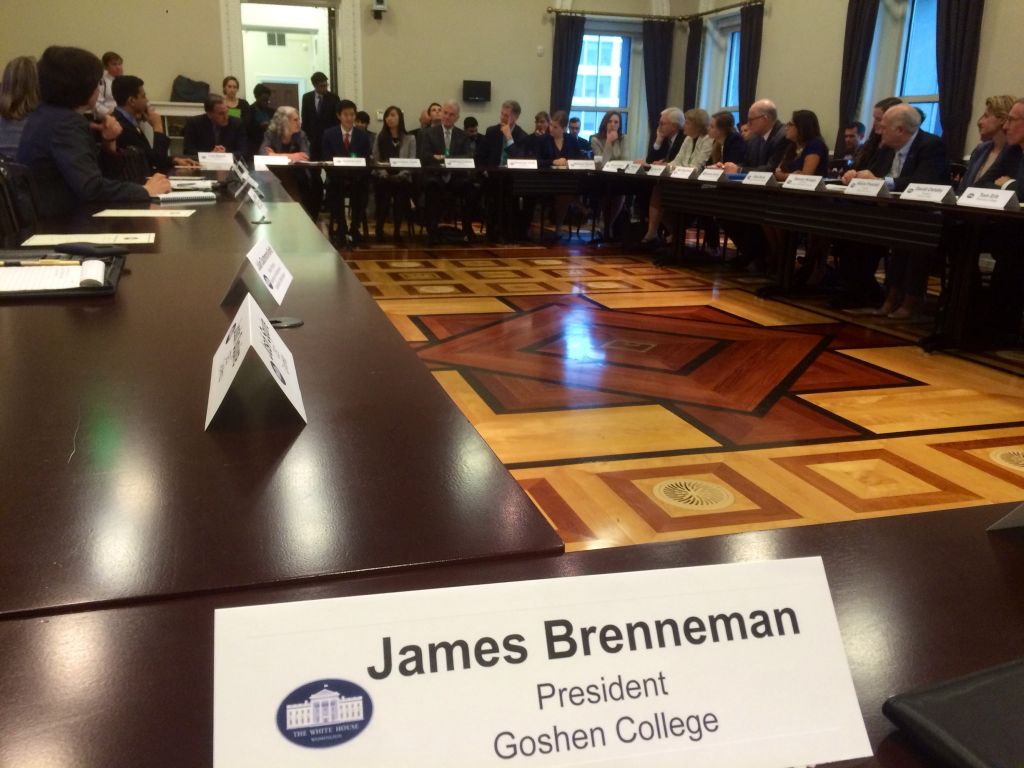 The White House launched the American Campuses Act on Climate day of action for higher education leaders to demonstrate their support for strong climate action by world leaders at the upcoming United Nations’ Climate Change Conference in Paris next month.

“At Goshen, we are a community of scholars, students, administrators and staff committed to working for restorative and hope-filled solutions to our world’s sustainability challenges,” Brenneman said. “I am pleased to represent other college presidents, students and faculty across the nation at this roundtable to provide counsel, ideas and best practices to President Obama as he and his team prepare for Paris.” 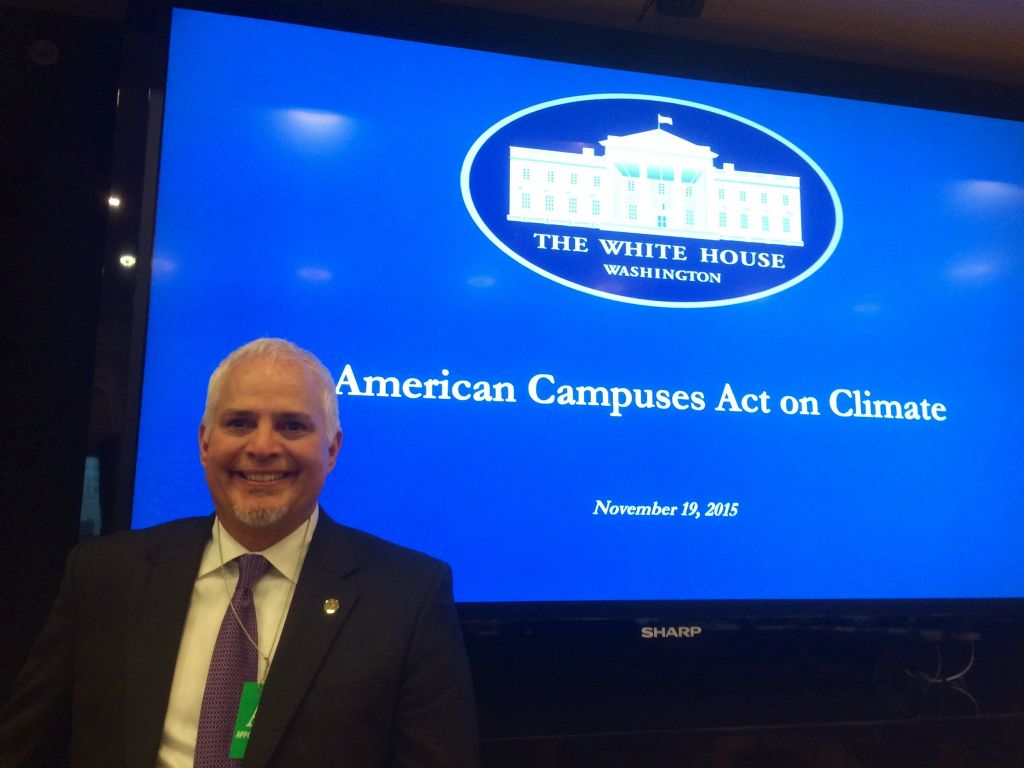 Goshen College has already undertaken significant steps to reduce its carbon footprint in recent years. In 2007, President Brenneman was a founding signatory of the American College and University President’s Climate Commitment. Between 2008 and 2013, the campus reduced its carbon footprint by an estimated 22 percent. In the spring of 2013, the college took the further step of purchasing 100 percent of its electricity from renewable sources. The campus has also converted nearly 20 percent of its lawn space to native plants and prairie restoration. Goshen College students and staff have developed a food composting system, planted a community garden, built a solar hot water collection system and continued to reduce energy consumption campus-wide.

The college holds a silver rating from the Sustainability Tracking, Assessment and Rating System (STARS) report, which recognizes colleges and universities for their commitment to sustainable practices on campus. Goshen College is one of only seven colleges and universities in Indiana to have earned a STARS silver or gold rating. In 2014, Sierra Club Magazine named Goshen College to their list of America’s Greenest Colleges, and this spring GC was named a “Tree Campus USA” by the Arbor Day Foundation.

This year, Goshen College was named #3 among the “40 Best College Farms” in the U.S. by Collegeranker.com, and was ranked #26 among the “Top 30 Sustainable College Run Farms” by Collegevaluesonline.com.