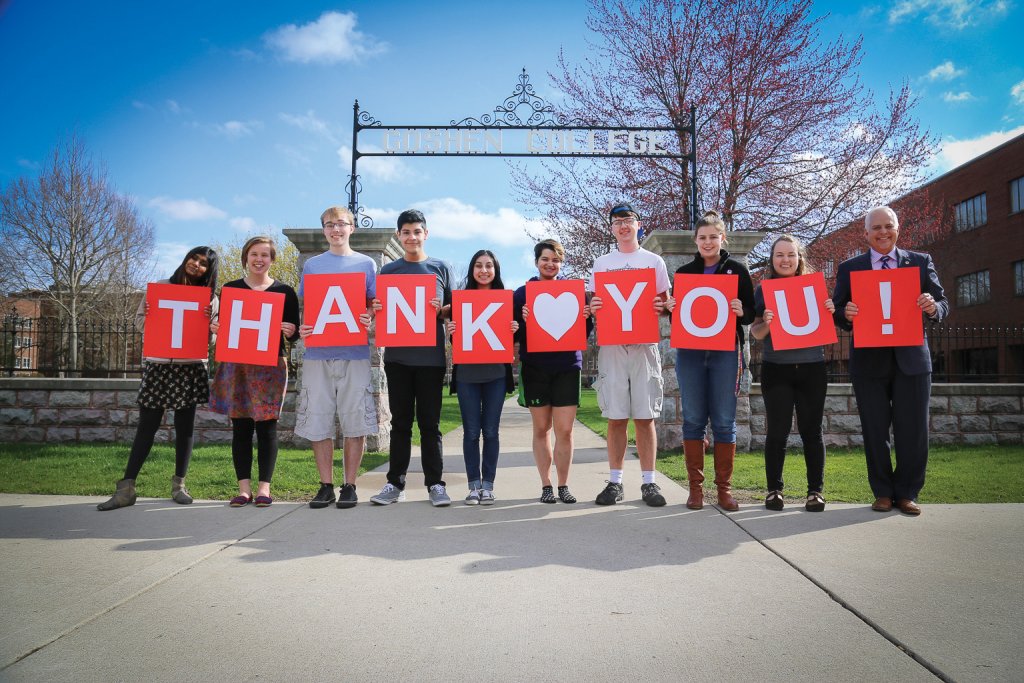 This presidential column originally appeared in the Spring/Summer 2017 issue of The Bulletin.

There is a scene in The Empire Strikes Back where the droid C-3PO is so relieved by the news that Hans Solo survives being frozen in carbonite that it exclaims, “Oh, thank the Maker!” Sometimes, even droids can’t help but give thanks! Whether or not such an exclamation emerges out of complex organic or inorganic systems, in scripts or in an actual spiritual plane of existence, gratitude is a natural outburst of grateful beings, be we droid or human.

I have come to more fully realize during my presidential tenure that one of the greatest gifts a liberal arts education can give anyone — be it metaphorical, mechanistic, scientific, literary, literal, historical or spiritual — is an ever-deepening lifelong sense of gratefulness. Like C-3PO, I wish to express my deepest thanks to all the makers and the Maker of this wonderful, blessed institution called Goshen College.

I am most especially thankful for all those who have helped make Goshen College the intercultural campus it is becoming, whose soon to be majority of students of color will reflect the actual diversity of our neighborhoods, the Anabaptist world communion and, indeed, the biodiverse evolving earth as the Maker and Creator intended for it to be.

For me personally, and by extension for Goshen College as its 16th president, makers of the college’s intercultural vision include the teachers and classmates of my first educational experience in the ethnically diverse Mennonite-related Sharon School in the heart of Ybor City, the Cuban-quarter of Tampa, Florida. A list of my makers would include the Alvarez, Canella, Dominguez, Esposito, Garcia, Horst, Lehman, Menendez, Sauder, Tuñon, Valido and Brenneman families of Ybor City Mennonite Church. In those crucial formative years, I never knew that church or school weren’t meant to include all the varied people of the neighborhood, indeed, a profound witness in the midst of a still segregated South. Without these makers, my spiritual development may have been severely arrested, my image of the possibility of a truly intercultural Mennonite church, and its colleges and universities, stunted. To all of you, thanks.

Other makers include, of course, past and present GC board members, faculty, staff, administrators, students, donors, alumni, civic and community leaders and many others who fully bought into the vision of a transformed Goshen College. And to Dr. Terri, my spouse, and son Quinn, you are the best supporters of all. Thank you, all.

As I leave these years behind, I do so with greater hope than when I first addressed you as president-elect in November 2005. I said then: “The world needs Goshen College!” I still believe that proclamation more than ever! Today, however, I would simply add, “and Goshen College needs the world!” The making of a liberal arts college so great as this will always include “the world and all that dwells therein” whose makers and Maker are worthy of our deepest gratitude.