GC was also runner up for Television School of the Year 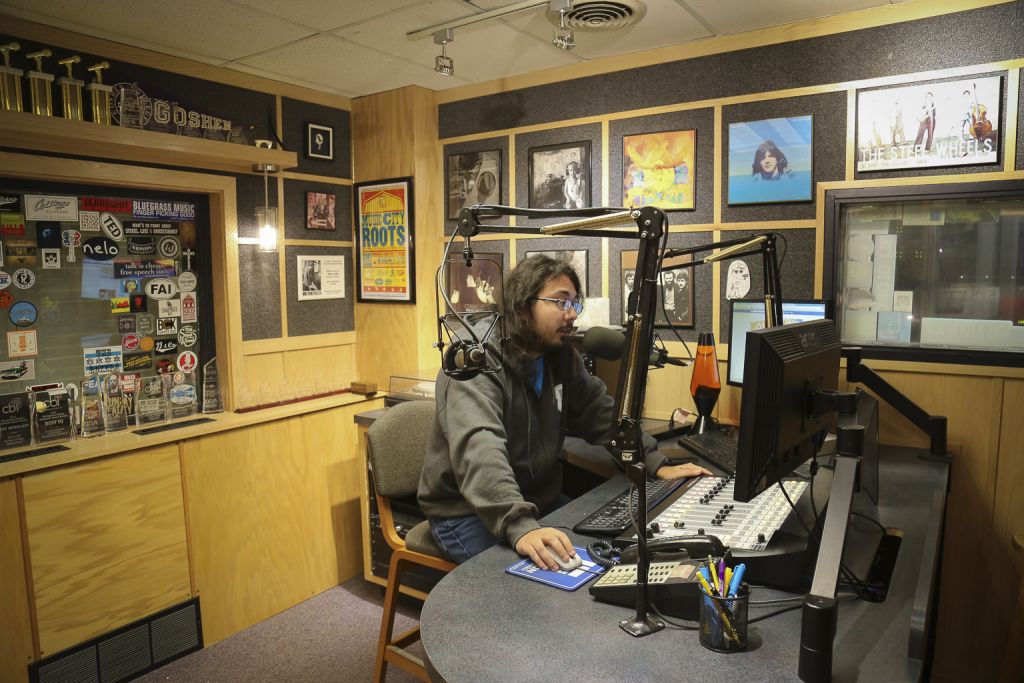 For the fourth time in five years, Goshen College earned the title of Indiana Radio School of the Year in the 2016 Indiana Association of School Broadcasters’ (IASB) college  competition, making it the winningest program in the contest’s history.

Goshen College was also a runner up for Indiana Television School of the Year, narrowly missing the title after winning it four times in the past six years.

“I am extremely proud of our students,” said Jason Samuel, WGCS general manager and assistant professor of communication. “Their hard work is the key ingredient to our success. They are proud, dedicated and skilled students who will serve the industry well upon graduation.”

“For Goshen College to win school of the year honors in radio and finish second in television is testimony to the dedication of our broadcasting faculty and students – and to their distinct voices,” said Duane Stoltzfus, chair of the communication department at Goshen. “One secret to standing apart from the crowd is to provide content that has personality and depth. It’s programming that says ‘Goshen,’ a blend of student voices, from first years to seniors, with whispers of faculty instruction in the background.”

For the television awards, students were judged on their work from the college’s bi-weekly television news broadcast, The Correspondent, and their film work with FiveCore Media, an on-campus video production company that provides students with professional experience in serving internal and external clients.

“It’s so much fun being part of this tradition of excellence,” said David Kendall, associate professor of communication and adviser for The Correspondent. “We have great students, who put a lot of heart into what they do. I’m very proud of them.”

A complete list of the IASB School of the Year award winners for the past 11 years:

The Goshen College Communication Department offers majors and minors in broadcasting, film studies, journalism, public relations, writing and multimedia studies. Students become engaged in co-curricular activities in their first semester, including The Record, the campus newspaper, 91.1 The Globe (WGCS), the campus radio station, The Correspondent, a television news show, FiveCore Media, a video production company, as well as various other written publications and internships. Courses are interdisciplinary, teaching students the technical skills needed to operate state-of-the-art equipment while also teaching how to communicate effectively with an eye toward peace and justice.