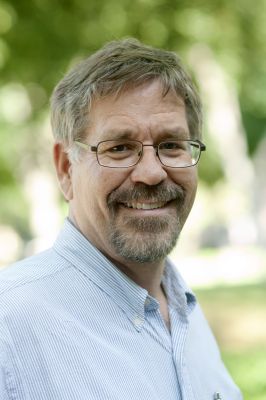 Dale Hess, associate professor of agroecology and ecological field station director at Merry Lea Environmental Learning Center of Goshen College, died on Sunday, March 1, in his home after a three-year battle with cancer. He was 60 years old.

Hess joined the Merry Lea faculty in 2004, serving as curator of the Merry Lea herbarium and contributing to cataloging the biodiversity found in Merry Lea’s 1,189 acres through collecting and identifying Merry Lea’s flora.

“He wanted to live life to the fullest,” said Luke Gascho, director of Merry Lea. “He loved his family who are missing him greatly, as well as all of us on the Merry Lea team.”

Hess’s interest in the natural world manifested itself in early childhood, and his aptitude for the natural sciences became apparent in the classroom. After graduating from Millersville State College in 1976 and serving with Mennonite Central Committee in Burkina Faso, he was introduced to the diversity of savanna plants. While working as a plant pathologist in West Africa he became acutely aware of the importance of sustainable food production systems adapted to their cultural context. He pursued a graduate degree in the plant sciences from Purdue University in 1984, and a doctoral degree from Purdue in 1989.

She survives along with their three children, Markus (Amber Bennett) of Shawnee, Kansas, Hans (Melina Hunsberger) of Tegucigalpa, Honduras, and Karsten of Goshen; two grandchildren; a sister, Alice (Maynard) Shirk of Conestoga, Pennsylvania; and three brothers: Henry (Laura) of Burlington, Ontario; Carl (Nancy Kaufman) of Lampeter, Pennsylvania and Glen (Sylvia Myers) of Lancaster, Pennsylvania. He was preceded in death by his mother, father and stepmother.

Beyond his family, friends and teaching, his other interests lay in bicycling, gardening, languages, music, photography, reading and stamp collecting.

Condolences can be posted on the Yoder-Culp Funeral Home website or on the following Facebook page: In Remembrance of Dale.

Memorial donations may be given to Merry Lea Environmental Learning Center of Goshen College and his children and grandchildren.