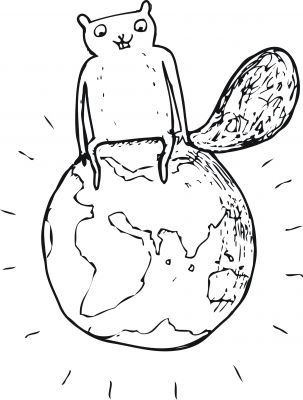 What is an experience you had or an idea you encountered as a Goshen College student which influences who you are today?

It was the interaction in the group of international students which convinced me that living together, listening to and learning from each other in a wide range of different nationalities is possible and fruitful. We came from France, Germany, Switzerland, Kenya, Sudan, Paraguay, India, Indonesia, and were now studying among Americans in Indiana. Later I worked 15 years in Switzerland, 18 years in Indonesia and 15 years in Hong Kong. All the ways of thinking and communicating, I remembered…”

Mitsuo Kyokuta ’60, former leader of an English school for children
From Shizuoka, Japan, and now lives in Kanagawa, Japan

While I was at Goshen College I was influenced by the beliefs of Mennonite people and their pacifistic ideas. I strongly believe that war never brings a peace. Only love and understanding bring a peace to the world.”

Eben Nhiwatiwa ’78, resident bishop of the United Methodist Church in Zimbabwe
From Rusape, Zimbabwe, and now lives in Harare, Zimbabwe

Centering my life on Jesus Christ was affirmed deeply through those chapel sessions I attended. I am very thankful to the solid education which I received at this friendly and community-oriented institution. Keep it that way. Please.”

Although the idea of service was always part of my upbringing, my time in Goshen helped me mature my conviction that service to my country was what I really wanted to do. Most of all, my time on campus and my relationship with several members of the faculty and student body…brought me peace of heart and taught me how Christianity is shared with others in small, daily statements of peace and caring.”

When I first arrived at GC, I found that many people in this small community were very interested in China and some knew about China quite well. This was really different from what I encountered in other parts of [the United States]. This experience really taught me how important it is to respect and learn the cultures that are different from our own. Appreciating and respecting cultural diversity is one of the keys to success not only in mission work, but also in international business.”

The idea which has influenced my work and life is the idea of ‘service.’ … As my work crosses several countries in Asia, I feel service carries a lot of weight when confronted with the reality I am dealing with, such as urban poverty, typhoon Yolanda victims, housing and peacemaking. … Service to others and in their context, I believe, is the form I like best when it comes to peacemaking.”

You can have harmony in diversity. In fact, diversity could make your team stronger and richer, because you know there are qualities in others that you need in order to excel and reach higher performance, and vice versa. So in a way, your differences could be the reason for your unity.”

Annemee Siersma ’98, elementary school teacher at an international school
From Amsterdam, Netherlands, where she still lives

Goshen College gave me an international perspective. [A project] opened my eyes for the problems of immigrant children. … At GC, I learned that the world is my home.”

At Goshen College I learned the importance of serving others, and the need to help those in need by providing them with the resources and opportunities to be able to help themselves. My time at Goshen College gave me the chance to experience different cultures and different faiths that have been valuable as I interact with people from different backgrounds.”

Takehisa Fukumoto ’03, priest of Japanese Shinto
From Osaka, Japan, where he still lives

My experience meeting [Christians and persons of other religions] which had been talked in classes or explained by friends, truly … let me know and understand my religion deeply.”

Miriam Loh DeShield ’06, working at a school for kids with special needs
From Kuala Lumpur, Malaysia, where she still lives

How I prepare family meals and eat today have been heavily influenced by my time at GC. Through the Friendship Family program and certain other students, I was introduced to canning and fermenting practices. Conversations I’ve had with them have since led to my developing interest in the ethics of food choice, and have made me strive to be an active gardener, and supporter of family businesses and locally grown organic food.”

Meeting people from various cultures made me appreciate my own cultural background and ethnicity. As a result, I feel very comfortable with who I am and tend to seek, share and appreciate diversity wherever I go.”

Ly Nguyen ’12, marketing and project manager for a French-based web agency
From Hanoi, Vietnam, where she still lives

I think the most valuable lesson the Goshen College community taught me is to give back and to help as much as I can. If we are privileged enough to receive such education, we need to pass it on to the community around us, as far as we could possibly reach.”

‘Peace by Peace’ is an idea and action that initially encouraged me to join Goshen College and then was instrumental in shaping my experience during and since. It has led me to pursue my passion in studying God’s creation by [pursuing a] master’s degree in environmental policy.”

It was during my time at Goshen College that I realized what my true calling/passion in life is: helping people (and countries) develop. … I don’t think I would have figured [this out] so early in life (if at all), if it wasn’t for what Goshen College taught me and allowed me to see. I’m truly grateful for that.”