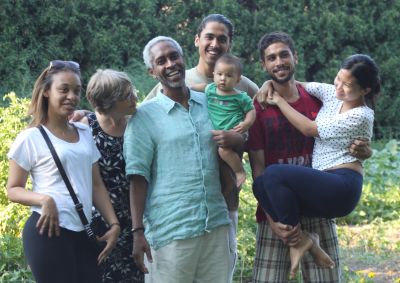 This prototype of today’s annual International Student Coffeehouse tradition helped them and others to fulfill the one-hour Creative Expression graduation requirement. The show also exemplified lifelong commitments to savoring not only one’s native culture, but many cultures.

The flight “landed” in five different regions of the world. Final stop was Goshen where passengers and crew sang “Praise God from Whom All Blessings Flow,” sometimes referred to as the Mennonite anthem or 606. 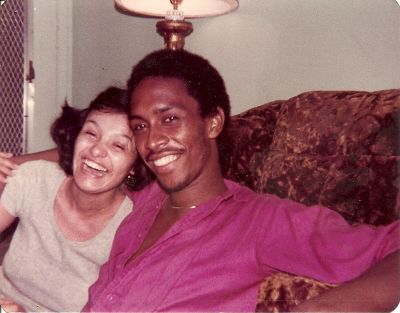 Brigitte recalls Michael’s “extraordinary capacity” to break down barriers and get everyone involved. While preparing the show, she said, “Michael’s tolerance for people sometimes drove me up a wall.” Thirty-five years later, Brigitte still remembers that “looking at the GC body from the stage singing after our performance was very emotional and gave [the international students] a, not always obvious, feeling of belonging.”

Michael continued to demonstrate that zest for a world that involved everyone throughout his life. After Goshen, and marriage to classmate Miriam Stoltzfus ’80, Michael studied in Australia and Scotland to prepare for a career in veterinary science. This work led him into roles with Belize’s Ministry of Agriculture and the Belize Agricultural Health Authority. As the country’s Director of Food Safety, he traveled throughout the world to participate in discussions of global food safety and the impact of genetically-modified foods. Even while battling the cancer that ended his life in 2011, his concern for global well-being took him to conferences in Italy and Brazil.