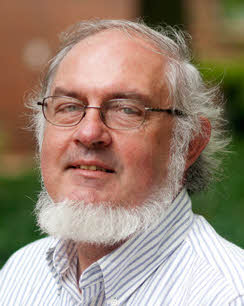 The question is, will the house of David be established? Sure, the king is settled and has temporary respite from his enemies. He has built for himself a marvelous house of cedar. But will his house be established? Something is missing. His royal highness is ensconced and secure, but there is no shrine for his patron deity. There is a protocol for this, a proper way the king must build his house, establish his dynasty. The God of David must also have a static dwelling, a “bricks-and-mortar” testimony to the king’s loyalty, devotion and prosperity. The prophet enthuses: Do-it-the-LORD-is-with-you. What else could he say? It is the way of kings, and court prophets.

But on that very night — the same night after Nathan had glibly assured the king that the LORD approved his intention to build these walls — on that night the LORD comes to the prophet and takes it all back. Or rather, the foundation of divinely sanctioned political order is transformed. Does the LORD require a cedar house just because the king has one? No, tent and tabernacle are fine, have always been adequate for this deity of tribal solidarity, pushing back against the domesticating impulses of national or imperial cult. The royal ideology is presented in oracular fashion and the people are set on a messianic path of hope, awaiting fulfillment.

And on this very night we reenact the messianic drama. Of house and kingdom made firm. Of throne set in living stone. And in our vibrant expectation of the having-come Christ, that everlasting house is being built up.

4But that same night the word of the Lord came to Nathan: 5Go and tell my servant David: Thus says the Lord: Are you the one to build me a house to live in? 6I have not lived in a house since the day I brought up the people of Israel from Egypt to this day, but I have been moving about in a tent and a tabernacle. 7Wherever I have moved about among all the people of Israel, did I ever speak a word with any of the tribal leaders of Israel, whom I commanded to shepherd my people Israel, saying, “Why have you not built me a house of cedar?” 8Now therefore thus you shall say to my servant David: Thus says the Lord of hosts: I took you from the pasture, from following the sheep to be prince over my people Israel; 9and I have been with you wherever you went, and have cut off all your enemies from before you; and I will make for you a great name, like the name of the great ones of the earth. 10And I will appoint a place for my people Israel and will plant them, so that they may live in their own place, and be disturbed no more; and evildoers shall afflict them no more, as formerly, 11from the time that I appointed judges over my people Israel; and I will give you rest from all your enemies. Moreover the Lord declares to you that the Lord will make you a house. 16Your house and your kingdom shall be made sure forever before me; your throne shall be established forever.