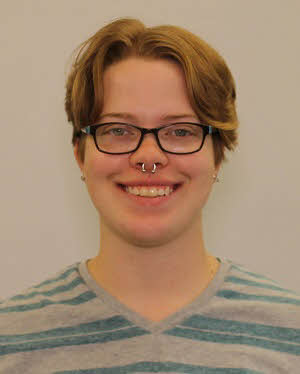 By Eli Studebaker, a sophomore Bible and religion major from Goshen

God sees the secret servant. If you have doubt, or fear, you are not lost to the eyes of God.

But so many of us are more like the disciples. We are frequently the ones who run away from hardship. We hesitate to walk into the difficult situation and work for peace. But so did these men. They were both afraid. We will all have times when we are afraid. We all hide ourselves in our own way. Hiding can happen within our faith communities. Those who are marginalized among us often feel the need to hide the ways they don’t fit in. How do we make the people in our communities who feel on the outside feel safer with us? How do we serve in secret? What needs to be brought into the light?

Loving Mother,
Give us strength to love in secret and in the open, when it is hard and when it is easy, when we understand and when we don’t.
Give us patience as we wait for the new beginning of Easter.
Amen

After these things, Joseph of Arimathea, who was a disciple of Jesus, though a secret one because of his fear of the Jews, asked Pilate to let him take away the body of Jesus. Pilate gave him permission; so he came and removed his body. 39Nicodemus, who had at first come to Jesus by night, also came, bringing a mixture of myrrh and aloes, weighing about a hundred pounds. 40They took the body of Jesus and wrapped it with the spices in linen cloths, according to the burial custom of the Jews. 41Now there was a garden in the place where he was crucified, and in the garden there was a new tomb in which no one had ever been laid. 42And so, because it was the Jewish day of Preparation, and the tomb was nearby, they laid Jesus there.