If you want to play along, click here to play Goshen College Quasquicentrivia:

Did you have fun playing our 125th anniversary trivia game in the Bulletin? Here are the answers, with more details below. 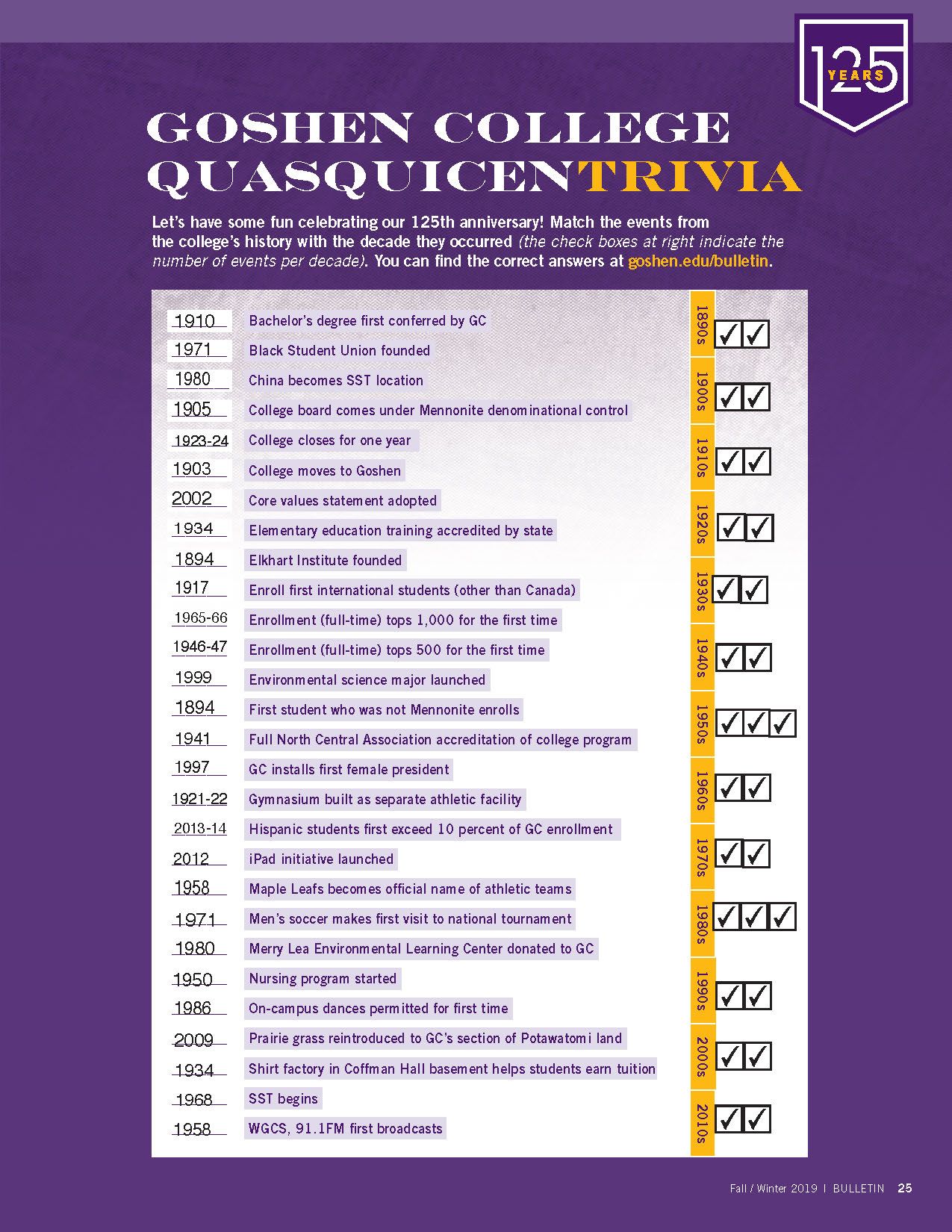