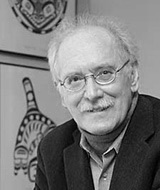 Dr. Good’s present work focuses on research and mental health services development in Asian societies, particularly Indonesia. He has been a frequent visiting professor in the faculty of medicine at Gadjah Mada University (UGM) in Yogyakarta, Indonesia, for more than 20 years, and is appointed as honorary visiting professor in the faculty of psychology and faculty of medicine at UGM. He has conducted research with colleagues there on the early phases of psychotic illness and co-directed the International Pilot Study of the Onset of Psychosis (IPSOS), a multi-site study of early experiences of psychosis and care-seeking in Indonesia, China, Hong Kong, Taiwan and Boston.

For more than a decade, Dr. Good collaborated with his spouse, Professor Mary-Jo Good, and the International Organization for Migration (IOM) in developing mental health services in post-tsunami and post-conflict Aceh (Indonesia). They conducted a major study of the mental health consequences of the violence in Aceh, and supported the development of mental health outreach teams to 75 villages most affected by the violence, including research on outcomes and effectiveness of the intervention. The Goods are currently leading a team of Indonesian psychiatrists and psychologists in Yogyakarta, developing, evaluating and beginning to scale up a model of mental health services centered in the public primary health care system – with funds from USAID, the Harvard-Dubai Center and Indonesian government sources.

Dr. Good has been co-director of an NIMH post-doctoral training program (for 24 years) and a Fogarty International Center program to build capacity for mental health services research in Shanghai and Beijing (for 17 years). He is an active member of the Ph.D. training program in medical anthropology in the department of anthropology at Harvard and the M.M.Sc. program in global health delivery at Harvard Medical School.

He is author or editor of 12 books, including Medicine, Rationality and Experience: An Anthropological Perspective (1994), World Mental Health: Problems and Priorities in Low-Income Societies (1995), Culture and Panic Disorder (2009), Culture and PTSD (2016), Subjectivity: Ethnographic Investigations (2007), and Postcolonial Disorders (2008). He and his colleagues recently published a two-volume collection of essays in Indonesian on the future of mental health services in Indonesia. Dr. Good’s broader anthropological interests focus on cultural psychology and psychopathology, and on the theorization of subjectivity in contemporary societies — on the relation of political, cultural and psychological renderings of the subject and experience, with a special interest in Indonesia.