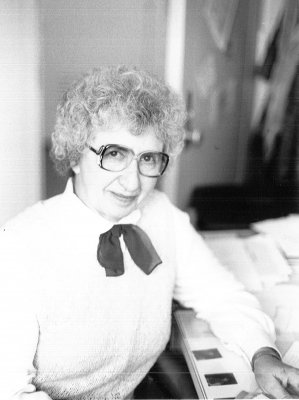 Katherine “Kay” Yutzy, associate professor emerita of nursing at Goshen College, died Sunday, Dec. 23, 2018, at Greencroft Healthcare in Goshen at the age of 91.

“Kay was very self-disciplined and efficient and encouraged this in others,” said former colleague Anne Hershberger. “She was versatile in being able to teach many areas of nursing. Her experience in India gave her an important world view to share with students.”

“Kay was always one of those steady, reliable and supportive professors,” said Ruth Stoltzfus, professor of nursing and director of the graduate program in nursing. “She was never hyper-critical, but always had high standards that made you want to do your best. She was smart and always interested in the nursing department.” 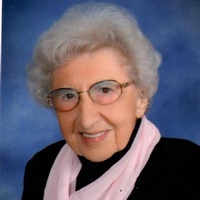 Yutzy was born August 4, 1927, to Emery and Florence (Kramer) Yutzy in Plain City, Ohio. She grew up on an Amish dairy farm with seven brothers and three sisters.

She studied nursing education at Eastern Mennonite College (now University) in Harrisonburg, Virginia, and La Junta Mennonite School of Nursing, Colorado. After graduation she worked as a staff nurse in the Otero County Health Department as a school and migratory laborer nurse.

In 1959, she completed a nursing degree at Colorado University in Boulder. She began a career in nursing education at Bloomington, Illinois, for four years, before entering Case Western University for a master’s degree. Working through the Elkhart Mission Network, she taught in Dhamtari, India, before coming to Goshen College. While at Goshen, Yutzy managed return trips to Dhamtari to assist in upgrading the School of Nursing/Midwifery to a college status, where they now have more than 300 students in three different nursing programs.

Yutzy spent one summer in voluntary service in Mississippi as a relief nurse in a holistic health clinic; did graduate studies at Indiana University; and traveled with nurse educator groups to China, South Africa and Australia. She was active in the Nurses Association and the Mennonite Nurses Association.

In community service, Yutzy served with Books Abroad Program, American Academy of University Women, Great Decision Discussion groups and College Mennonite Church. After retirement these activities were continued along with voluntary work in hospice, the church and Greencroft Communities. At church, she was active in neighborhood group, K-group, adult choir, Home Builder’s Sunday School class, Service Committee and visitation. She was a charter member of First Mennonite Church of Bloomington, Illinois.

Survivors include three brothers, Paul Yutzy and Allen Yutzy of Plain City, Ohio, and Homer Yutzy of Wauseon, Ohio; two sisters, Ada Schlabach of Sun City, Arizona, and Esther Zeitz of Solon, Ohio. She was aunt to 36 nieces and nephews and more than 75 great nieces and nephews. She was preceded in death by her parents; four brothers, Daniel, Norman, Ralph and Valentine; and a sister, Lula Thomas.

Friends may call one hour prior to the 11 a.m., Saturday, Jan. 5, 2019, memorial service at College Mennonite Church in Goshen in the Koinonia Room.

In lieu of flowers, memorials may be made to the College Mennonite Church Jubilee Fund, Habitat for Humanity or Greencroft Foundation.