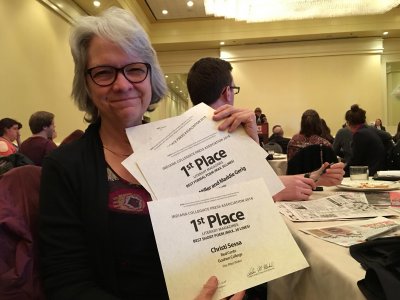 The judges commented: “This journal has a modern feel, and shape and size adds interest. There is beauty in its simplicity of layout and font choice.”

Red Cents is published by Pinchpenny Press, the college’s in-house publishing committee. For the literary magazine awards, students competed among all colleges and universities in Indiana, regardless of size.