Performance: Student-directed One Acts
Dates & Times: April 20 and 21 at 8 p.m., April 22 at 3 pm. (ASL interpreted)
Location: Umble Center
Tickets: $5 general admission | Purchase online, at the Goshen College Box Office (boxoffice@goshen.edu, 574-535-7566) or at the performance one hour before the show.

The Goshen College Theater Department will present its final performance of the “Swords into Plowshares” season with three student-directed one act plays on Friday, April 20 and Saturday, April 21 at 8 p.m. and Sunday, April 22 at 3 p.m. in the Umble Center.

The one act plays include: 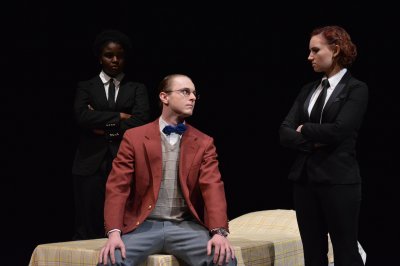 The Barbarians are Coming by Luigi Jannuzzi
Directed by Rachel Buckley, a junior theater major from Elkhart.
Cast: Jessica Croy and Tobias Garcia 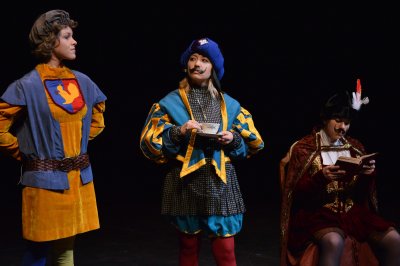 Tickets are $5 general admission and can be purchased online at goshen.edu/tickets, at the Goshen College Box Office (boxoffice@goshen.edu, 574-535-7566) or at the performance one hour before the show.