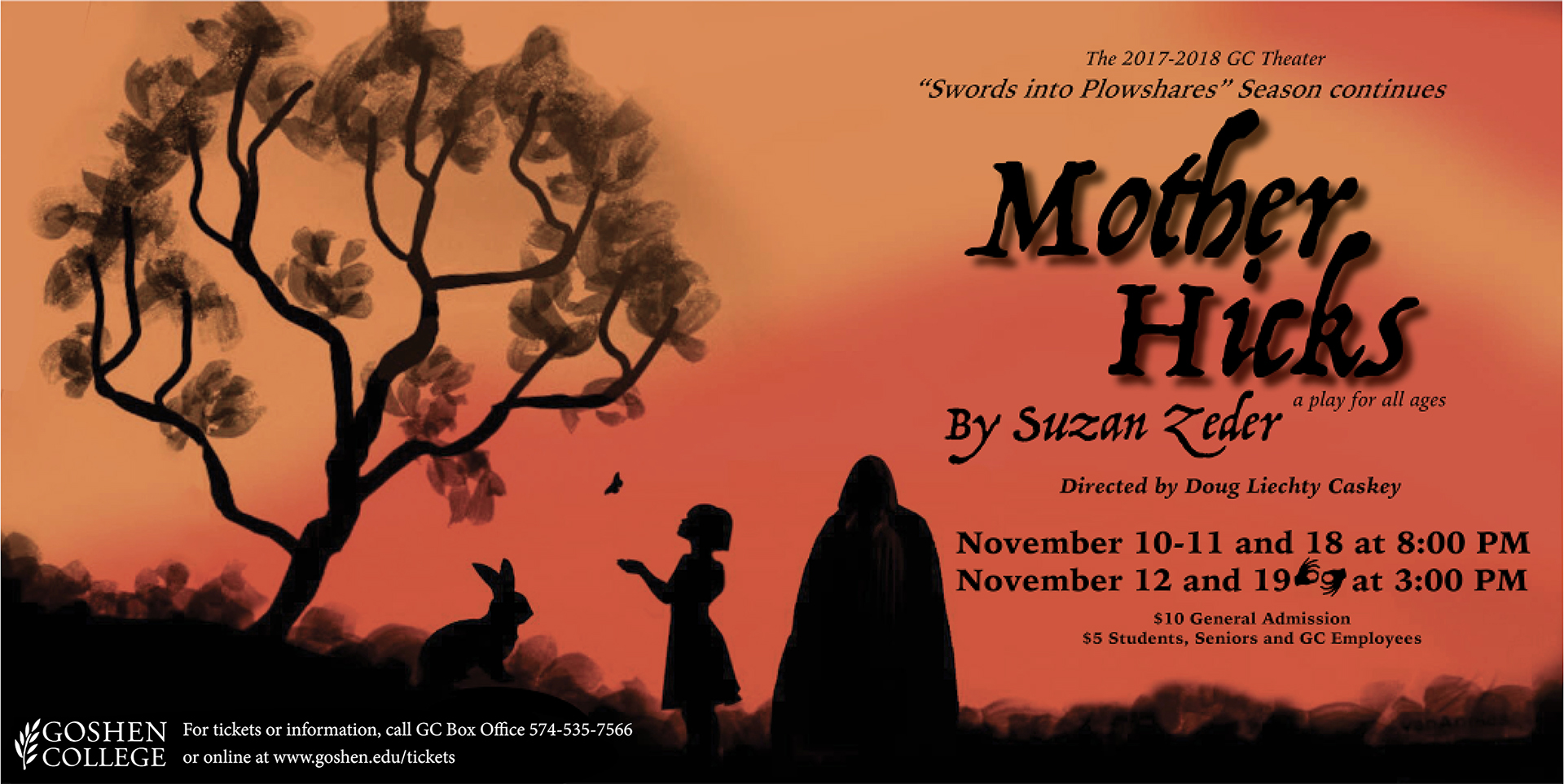 Set in and around Ware, Illinois, in the late spring of 1935 during the Great Depression, “Mother Hicks” is about three outsiders—a foundling girl known only as Girl; a deaf boy, eloquent in the language of his silence; and an eccentric recluse, Mother Hicks, who is suspected of being a witch. The tale, told with poetry and sign language, chronicles the journeys of these three to find themselves, and each other, in a troubled time.

“This is the first time we’ve worked on collaborative content with the Goshen College American Sign Language program on the portrayal of a deaf character within the storyline of the play,” said Doug Liechty Caskey, professor of theater and the play’s director. “Through the rehearsal process we’ve most definitely deepened our understanding of visual storytelling.”

“Mother Hicks” is a play that resonates with people of all ages, and is appropriate for families with children in 5th grade and older.

There will be many new faces on the Umble Center stage, with the thirteen-member cast made up of three sophomores and ten first-year students.

The Goshen College Theater Department’s 2017-2018 theater season theme is “Swords into Plowshares,” in celebration of this year’s core value, compassionate peacemaking. For this year’s performances, the GC Theater Department will explore characters and circumstances that journey from contention to unity. This included the Ted and Co. play “Discovery: A Comic Lament,” earlier this fall, as well as the fall mainstage play “Mother Hicks;” the spring musical “Pirates of Penzance;” and student-directed one act plays in April.

Umble Center is accessible to wheelchairs and people with other physical limitations. American Sign Language interpretation will be offered during the Sunday, Nov. 19 performance of the play.

Tickets cost $10 for general admission and $5 for students and seniors, and can be purchased in advance through the Goshen College Box Office by calling (574) 535-7566, emailing boxoffice@goshen.edu or online at goshen.edu/tickets. Tickets can also be purchased at the Umble Center Box Office one hour before the show.