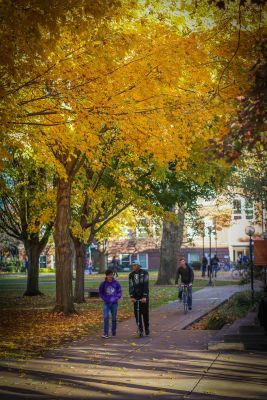 Among all colleges and universities, GC ranked sixth in Indiana, higher than universities such as Butler University, Indiana University Bloomington and the University of Evansville.

“There’s no way around it: College is expensive, and it’s going to stay that way for a long time. So, with our rankings—which weigh affordability alongside academic quality—our goal is to help students and their parents understand what’s really worth the price,” said Janet Bodnar, editor of Kiplinger’s Personal Finance magazine. “While some may have ranked higher than others, all 300 schools on the list are of extraordinary value, being chosen out of a universe of 1,200.”

While continuing to maintain a quality college education and strong student satisfaction, Goshen College is also an affordable option by having a lower sticker price, offering significant financial aid packages and keeping graduation debt levels down.

Learn more about the affordability of a GC education

Goshen College and the other schools included in the 2017 lists represent the colleges that provide high-quality academics at a reasonable cost. The college exemplifies attributes that parents and students look for in higher education, including small class sizes, a good freshman retention rate and a high four-year graduation rate.

Kiplinger’s assesses quality according to measurable standards, including the admission rate, the percentage of students who return for sophomore year, the student-faculty ratio and the four-year graduation rate.

The complete rankings are available online at kiplinger.com/links/college and will be published in the February 2017 issue of Kiplinger’s Personal Finance, on newsstands January 3, 2017. Web visitors will find special features, including a tool that lets readers sort by admission rate, average debt at graduation and other criteria for all schools, plus by in-state and out-of-state cost for public universities; a slide show of the top 10 schools in each category; archives of previous years’ rankings, and an FAQ about the ranking methodology.