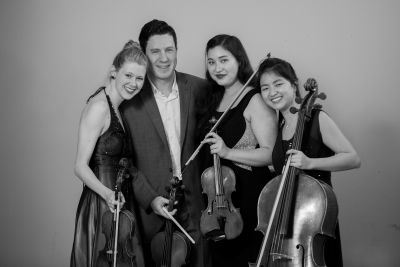 The award-winning Ulysses Quartet will perform on Sunday, Oct. 9, 2016 at 4 p.m. in the Music Center’s Rieth Recital Hall as part of the Rieth Chamber Series.

The Ulysses Quartet believes intensely in the power of music to inspire, enlighten and bring people together. They are committed in sharing this passion by increasing access and appreciation for classical music while enhancing audience engagement. Their programs invite participants to learn about the inner workings of the string quartet and explore connections that music makes with our world today.

General admission tickets are $15 and are available online at goshen.edu/tickets or by calling (574) 535-7566. Goshen College students are free with ID.