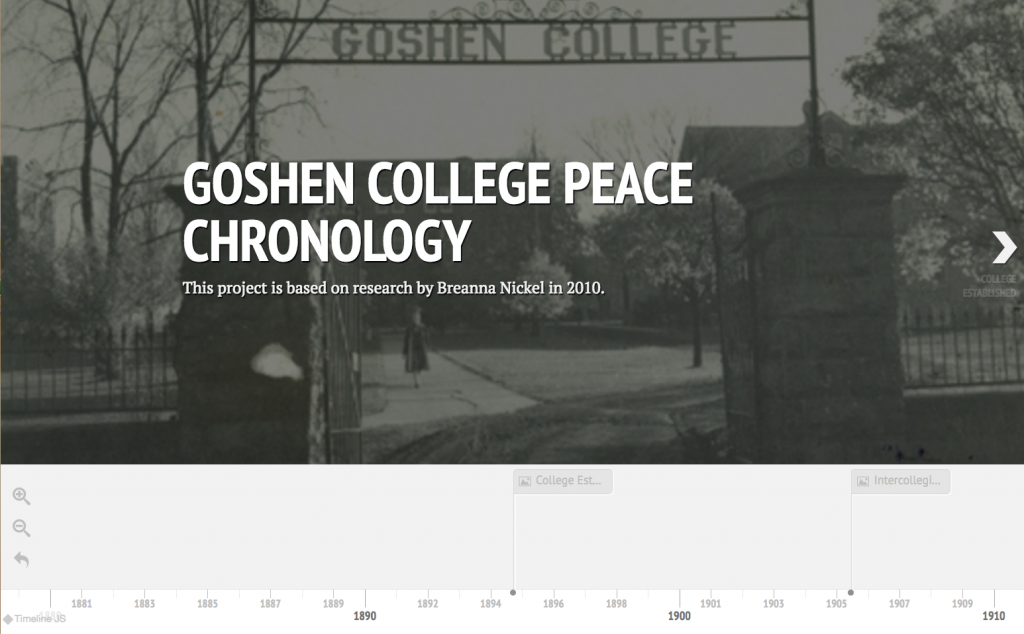 Since it was founded in 1894, Goshen College has cultivated a long tradition of peacemaking. 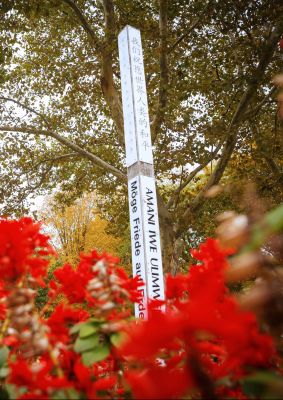 The college’s pacifist values are rooted in its partnership with the Mennonite church, one of the three historic peace churches (Mennonites, Brethren and Quakers). Over the years, students and employees alike have actively sought peaceful solutions to issues on both a local and national scale, including steps toward sustainability, promoting racial equality, protesting war, facilitating international education and much more.

For one student, the college’s storied history sparked curiosity in what peacemaking has meant to campus throughout the years. Breanna Nickel ’10, then a Bible, religion and philosophy and peace, justice and conflict studies double major, developed a senior thesis project called “Changing Conceptualizations of Peace: Goshen College 1894-2010” to explore that question.

In the introduction to her paper, Nickel wrote, “Whether Goshen College has succeeded in its chosen role as a peace leader is a complex question, open to interpretation. What is certain is that the College has never given up on the concept of peace, nor failed to take it into account when faced with critical decisions.”

The project was a massive undertaking — Nickel developed a chronology outlining important peace-related events in the college’s history that contains over 1,000 entries, not to mention the 80-page final paper.

Here are just a few of the important moments from Nickel’s peace chronology and some of the new developments in the years since.