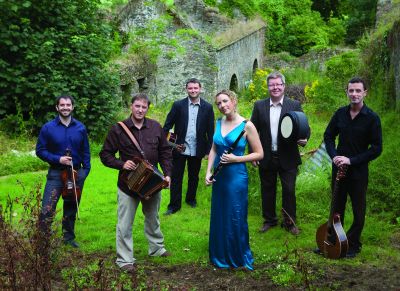 Hailing from historic County Waterford, the acclaimed Irish ensemble Danú will celebrate Christmas in Goshen on Tuesday, Dec. 8, by taking its audience on a musical journey to their native land during a Performing Arts Series performance in the Music Center’s Sauder Concert Hall at 7:30 p.m.

After more than twenty years of performing together, their unique blend of new repertoire with ancient Irish music has continued to captivate audiences from around the world.

Featuring virtuosi on flute, tin whistle, fiddle, button accordion, bouzouki and vocals in both Irish and English, the addition of traditional Irish dance to this high-energy ensemble promises a memorable experience and perfect gift for the entire family.