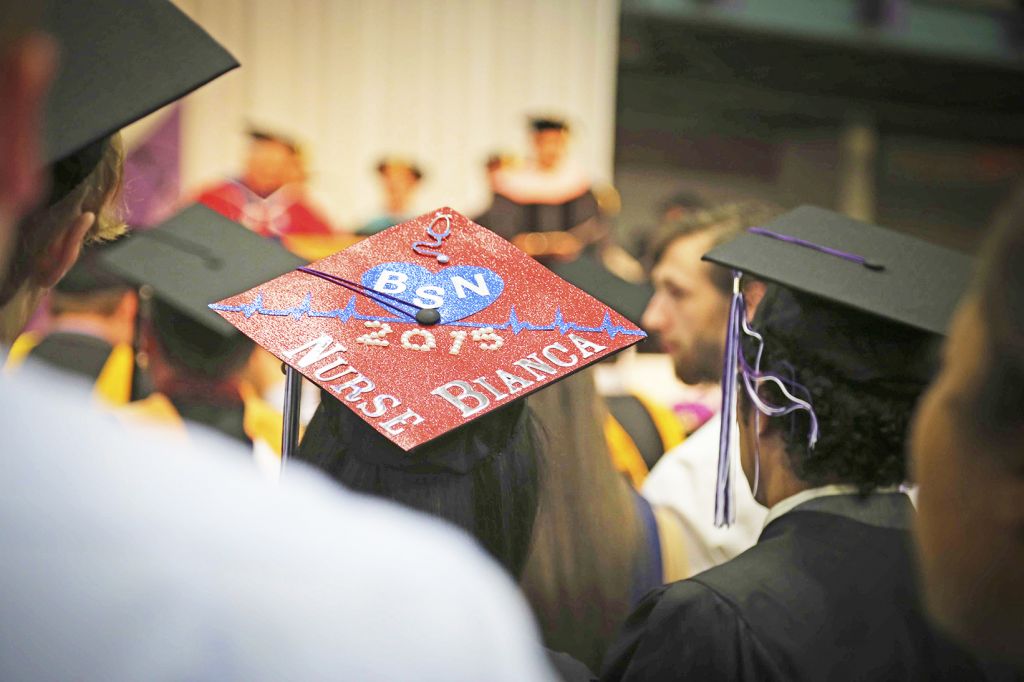 A version of this article originally appeared in The Record, Goshen College’s student newspaper

Compared to national averages, the Goshen College nursing department outperformed schools from all around the nation. The GC passing percentages from this year (100 percent) and last year (95 percent) far outweigh the 2015 national passing rate of 73.44 percent and the 2014 rate of 68.95 percent.

“Students are very excited from this class, and they have reason to be proud of themselves,” said Brenda Srof, professor of nursing and department chair. “The faculty here have worked very hard to accomplish this goal.”

Despite the high passing rates on the exam, Srof downplayed the idea that success on a test predicts the caliber of a good nurse.

“There is not necessarily always a correlation between passing the test and the makings of a great nurse,” she said. “There are other things that make a great nurse too, like emotional intelligence.”

Goshen College’s nursing program is accredited by the Commission on Collegiate Nursing Education. In order to maintain accreditation, the commission requires an 80 percent pass rate on the NCLEX, meaning that the standard for excellence that Goshen strives for is an important factor.