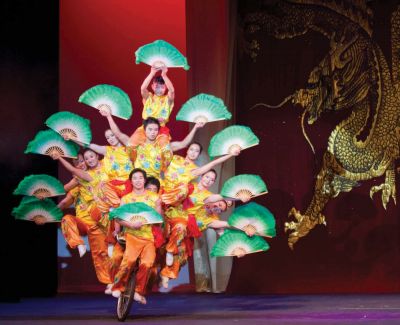 Audiences can gear up for the Chinese New Year as The Peking Acrobats bring bold gymnastic maneuvers to center stage with Goshen College’s Performing Arts Series on Tuesday, Feb. 10 at 7:30 p.m.

A Chicago Tribune review declares, “At no time have we seen anything like The Peking Acrobats. Feats of clowning, dexterity, grace, strength and coordination rippled from the stage.”

With staggering displays of contortion and balance, The Peking Acrobats will push the boundaries of human possibility with their performance

Tickets are on sale for $40, $35, $23 and $15, available online at www.goshen.edu/tickets or through the Goshen College Welcome Center by calling (574) 535-7566, or emailing welcomecenter@goshen.edu. Purchase soon, as only a few tickets remain for this performance.