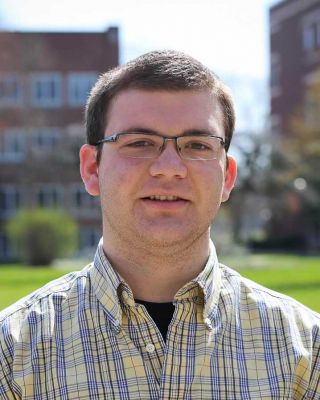 By Rudi Mucaj, a sophomore history major from Fier, Albania

It is fascinating to think that if there was a moment when God could have revealed his plan with a grandiose and magnificent display, it would be Jesus’ birth. Instead, we see that Jesus’ birth was extremely modest and simple.

It made me think of how much we have transformed the ideology and the spirit of Christmas. Nowadays we want our Christmas to be full of gifts and pomposity. We value the presents more than the people who we celebrate with. We have forgotten that the first Christmas was not about money and gifts. It was about celebrating the birth of a baby, and the birth of a baby means joy; therefore, the spirit of Christmas is to be with the people you love, not with the gifts they have for you.

The spirit of Christmas is about love, modesty and bringing happiness to the people who need it. It is not about celebrating our richness and praising the wealthy. It’s about helping the poor and the downtrodden. Unfortunately, all year round, we spend too much energy on material things and we forget to love, laugh and live with people who we love. We admire and applaud the wealthy people, and despise and jeer the poor ones.

There was no room for Mary, Joseph and Jesus in the inn; so are we making sure that there is room for the poor and the oppressed people in our world? I don’t think so. We have forgotten that Augustus was the powerful and rich emperor who was born in a majestic palace, and when he grew up invaded other regions; while Jesus was the poor and loving being whose first bed was a manger; but he changed the history of the world forever, and taught us that love is the only way of existence.