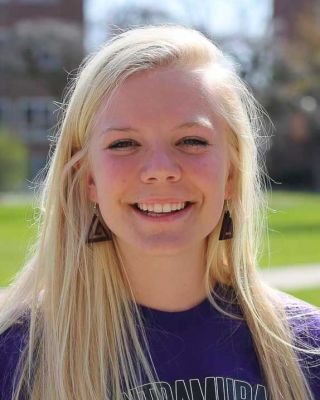 By Annika Detweiler, a sophomore nursing major from Minneapolis, Minnesota

It’s not every single day that we have an angel appear to us as we cook our meal or go about our work. But, it did happen to the shepherds on this particular day. This day was something special, and as the shepherds go about minding their own business, they have no idea what words of hope they are about to receive.

This particular Scripture always intrigues me because of the way God appears and speaks to us. First off, the angel of the Lord appeared to ordinary shepherds. We are all ordinary people and God for sure wants to speak to us and bring us messages of hope.

Secondly, how are we ultimately going to respond to this message of Hope today? It states in verse 15, “When the angels had left them and gone into heaven, the shepherds said to one another, ‘Let’s go to Bethlehem and see this thing that has happened, which the Lord has told us about.'” These shepherds were intrigued and full of anticipation. They had no idea what to imagine, but this message of hope sounded too good to miss. How will you respond to the birth of hope today?

Thirdly, what will you do with this message of hope? In verse 17 and 18 it states, “When they had seen him, they spread the word concerning what had been told them about this child, and all who heard it were amazed at what the shepherds said to them.” These shepherds could not help but share this great hope. They spread the peace, love and joy they had experienced and seen to those to all around them. This day is all about hope and the message of abundant life that Jesus has brought to us. Who will you share this message with today?

Lastly, in verse 19 it says, “But Mary treasured up all these things and pondered them in her heart.” As we go about this day, the day before Christmas, I encourage you not to get caught up in the repetitious, every year traditions. I encourage you, just like Mary, to store up the treasures and immense peace and joy the Birth of Jesus has brought to us. I encourage you to think about the significance of Jesus’ birth in your life and the lives of those around you. Jesus has brought about much hope into this world. How can you show this hope to those around you today?

In that region there were shepherds living in the fields, keeping watch over their flock by night. 9Then an angel of the Lord stood before them, and the glory of the Lord shone around them, and they were terrified. 10But the angel said to them, “Do not be afraid; for see—I am bringing you good news of great joy for all the people: 11to you is born this day in the city of David a Savior, who is the Messiah, the Lord. 12This will be a sign for you: you will find a child wrapped in bands of cloth and lying in a manger.” 13And suddenly there was with the angel a multitude of the heavenly host, praising God and saying, 14“Glory to God in the highest heaven, and on earth peace among those whom he favors!” 15When the angels had left them and gone into heaven, the shepherds said to one another, “Let us go now to Bethlehem and see this thing that has taken place, which the Lord has made known to us.” 16So they went with haste and found Mary and Joseph, and the child lying in the manger. 17When they saw this, they made known what had been told them about this child; 18and all who heard it were amazed at what the shepherds told them. 19But Mary treasured all these words and pondered them in her heart. 20The shepherds returned, glorifying and praising God for all they had heard and seen, as it had been told them.