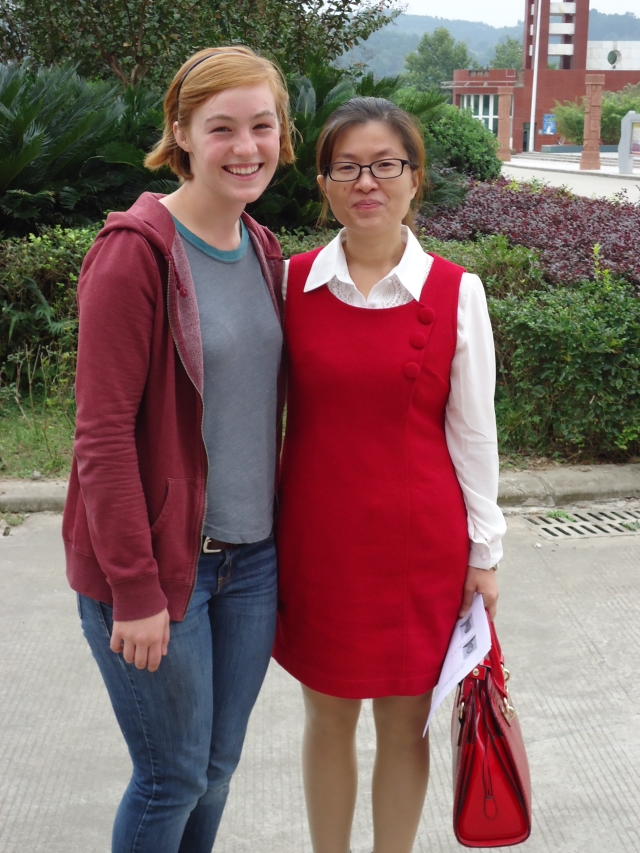 China SSTers are spending their first night in the towns that will be their homes for the next five weeks. They will be teaching English in three secondary schools, living with host families in each place. All three schools are hosting SSTers for the first time, so all sides are negotiating relationships and expectations anew. Given our encounters today, it is clear that all the schools are eager to have the Goshen folks teaching oral English. Having native English speakers in the classrooms is uncommon for schools in these places where foreigners are rare. 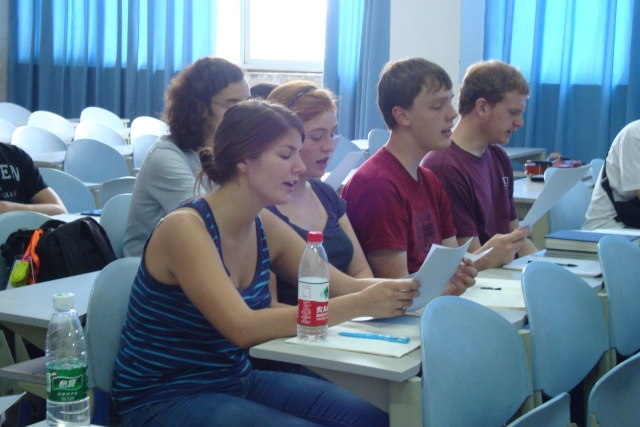 On two recent afternoons the SSTers learned and shared music and dance with Professor Wang Xiao and her students from the College of Music. Ms. Wang introduced Chinese musical notation and explained the history of two popular folk songs, “Kangding Qingge” (Love Song of Kangding) and “Mo Li Hua” (Jasmine Flower), and taught them to the SSTers. Ms. Wang had arranged for some of her students and another music faculty member to perform traditional works for us, and then she invited Goshen students to sing and play in return. 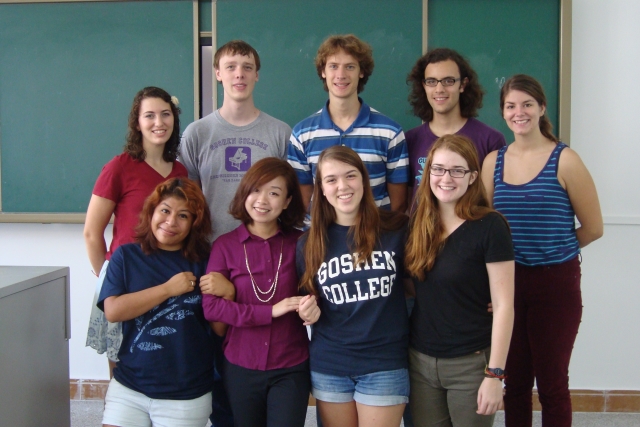 Deng Xiaoping, China’s principal leader from 1978 to 1992, famously described his country’s distinctive economic blend of free-wheeling market forces and centralized controls as “socialism with Chinese characteristics.” Since then, people within China and those who visit have often tried to articulate the “Chinese characteristics” that mark various aspects of life here. During the study portion of SST – the first six weeks of the term – we’re been experiencing Chinese academic life and its distinctive characteristics. We’ve been learning on two levels: the material that teachers present to us directly and, indirectly, something of what it’s like to be a university student in this part of the world and how education functions here. 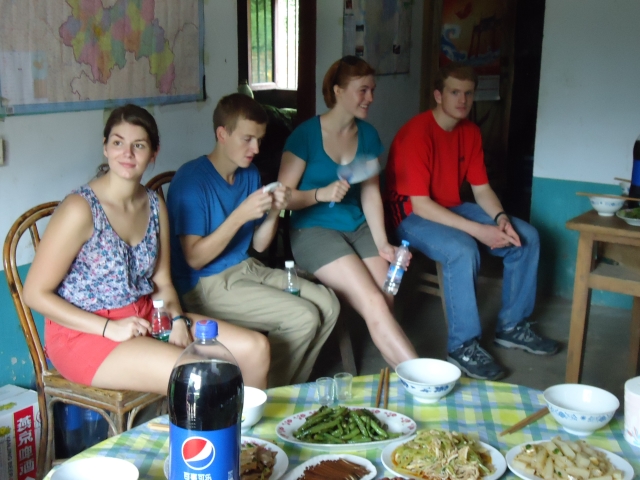 Visiting the Duan family farm in the Nanchong countryside

On Sunday, September 21 we visited a traditional farm in the countryside. We rode the number 6 bus out of the city and then walked for about half an hour, up into a small valley that is home to four small farms. The farm we visited has been… 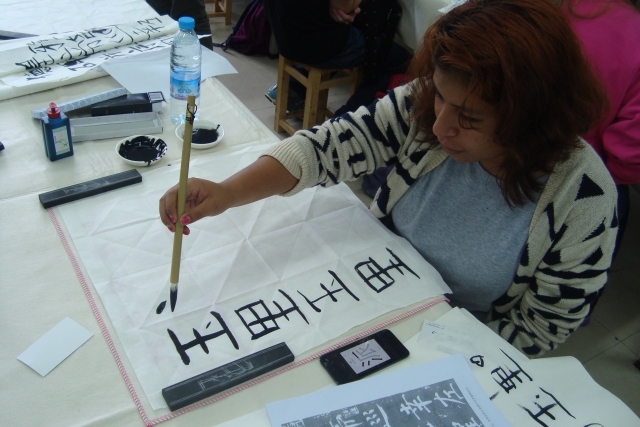 On September 17 and 18 we had calligraphy instruction with Liu Qingyang, Dean of the College of Fine Arts and a master calligrapher. Professor Liu introduced us to the major styles and schools of calligraphy, and gave us some examples to practice. He believes that practicing calligraphy is… 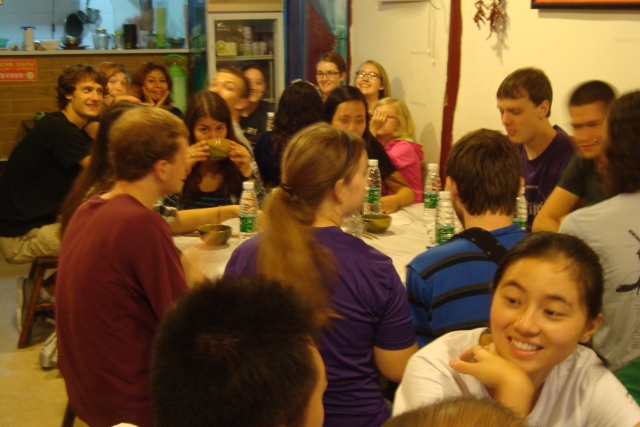 Visiting the ancient city of Langzhong

We spent the weekend of September 13 and 14 in Langzhong, a smaller city that lies north of Nanchong, further up the Jailing River Valley about an hour and half by bus. Most of the city is of modern construction, like Nanchong. However, the traditional heart of Langzhong… 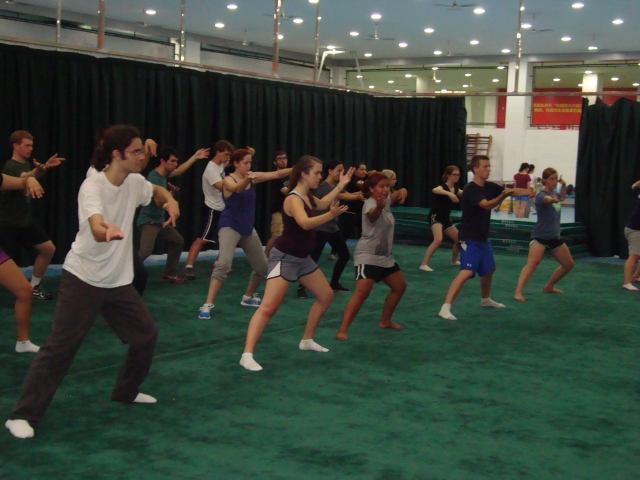 For two afternoons this week (September 11 and 12) we practiced tai chi, a traditional physical exercise rooted in the martial arts tradition and dedicated to disciplined movement and breathing. Who knew that moving slowly could be so much work! The physical education instructor who taught us introduced… 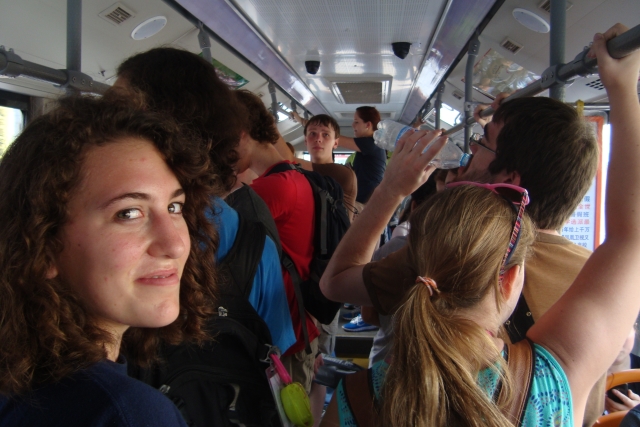 As we shared first impressions, some of us wondered how long it will take for us to adjust to our new surroundings. Would hard beds ever feel comfortable? What about the high humidity? How difficult will communication be across the language barrier that sometimes looms so large? At the same time, some of us noticed that we were already adjusting, in small ways, to a “new normal.” 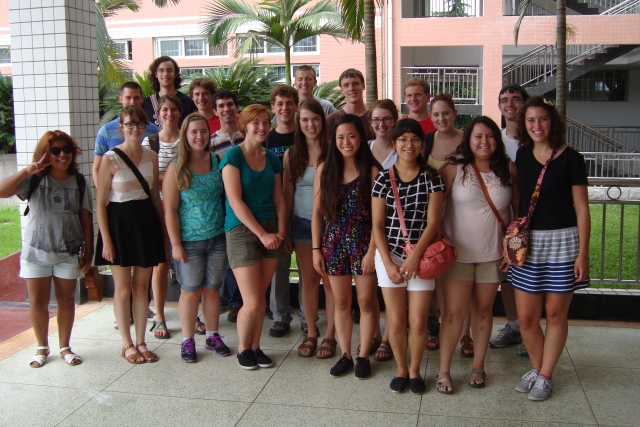 Tuesday afternoon, September 2 we arrived by bus to Nanchong, our SST home for the next six weeks. We were welcomed to China West Normal University New Campus by the university’s Foreign Affairs Office staff. We received a brief walking tour of the campus and then waited to meet our host families. 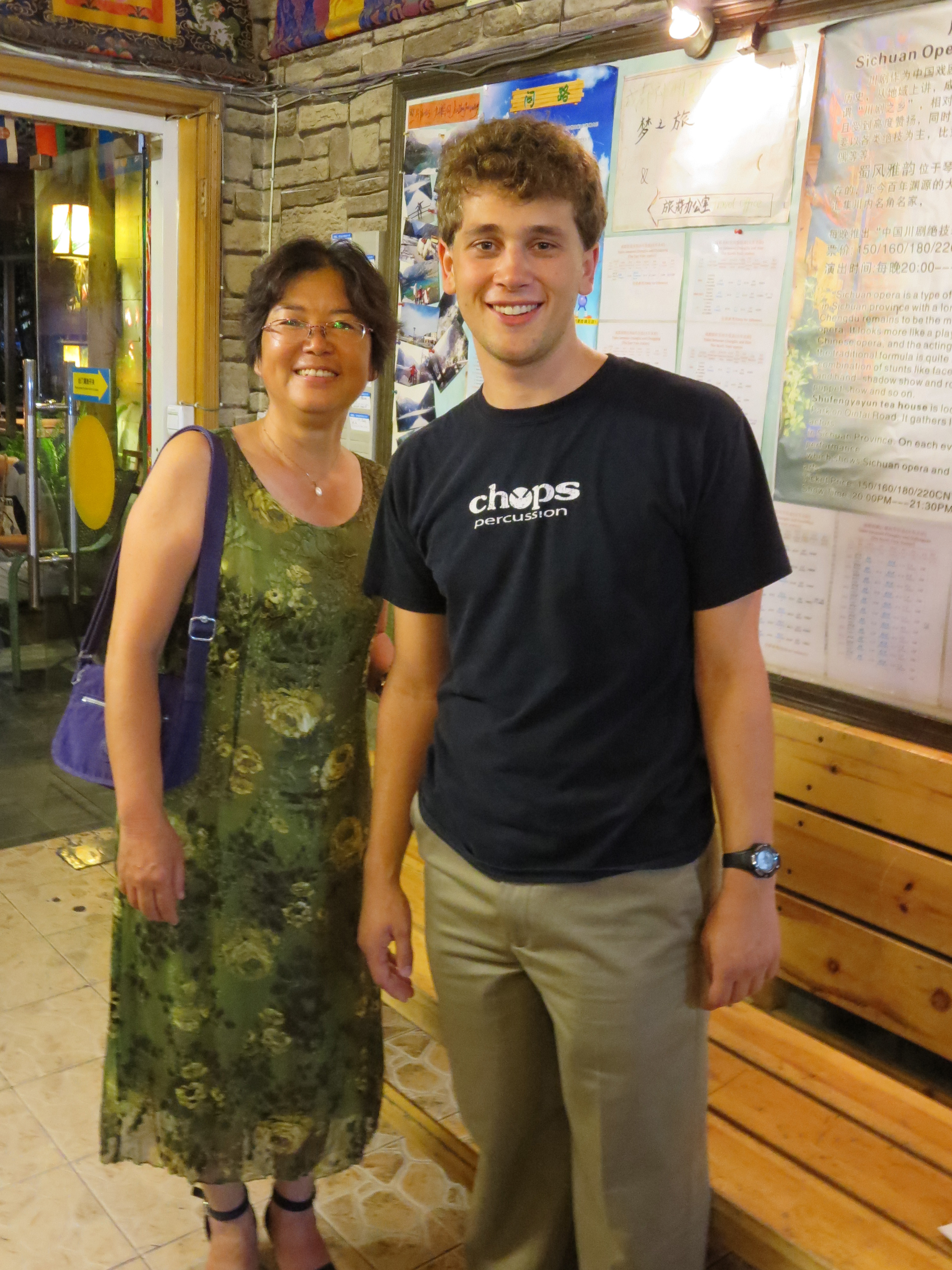 While in Chengdu an SSTer connected with someone his mother had met on China SST thirty-three years earlier! Lei Shenghua was an undergraduate student at Sichuan Normal University in 1981 when she became friends with that year’s SST group, and especially with a member of the group named Gail. The two friends reconnected in 2007 via the internet. When Ms. Lei learned that Gail’s son would be part of the 2014 China SST group she was determined to meet him.