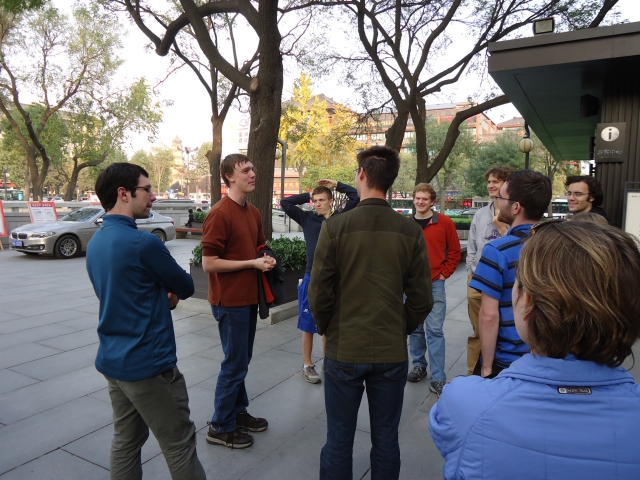 We spent November 20 and 21 in Xi’an, today the capital of Shaanxi Province, but once the imperial center of all of China. The city, and its predecessors, served as the capital for the Qin, Han, and Tang dynasties. It was also the eastern source of the Silk Road that connected China and the Mediterranean world in trade for centuries. 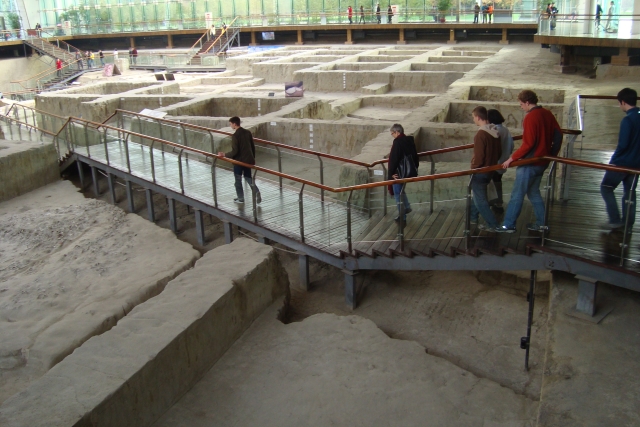 We spend the final week of China SST traveling to visit a number of key cultural sites in the country that has been our home this semester. 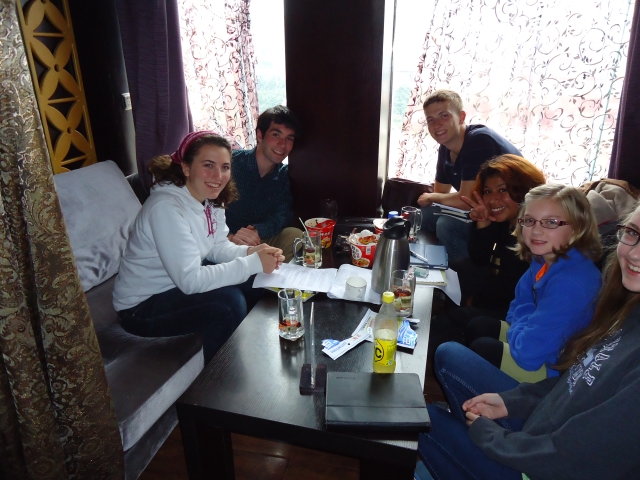 We post a few photos here from recent visits to Yilong and Langzhong. During our afternoon in Yilong none of the SSTers were teaching, and our time was spent in conversation and catching up on what has been happening in among the Goshen students there, their school work, host families, and new experiences. 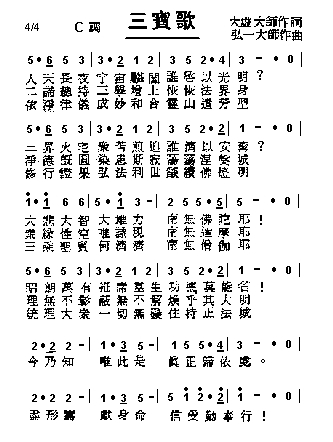 Today we post, with permission, excerpts from two student journals investigating the arts. In both cases they reflect on what they see as distinctive aspects, or Chinese characteristics. 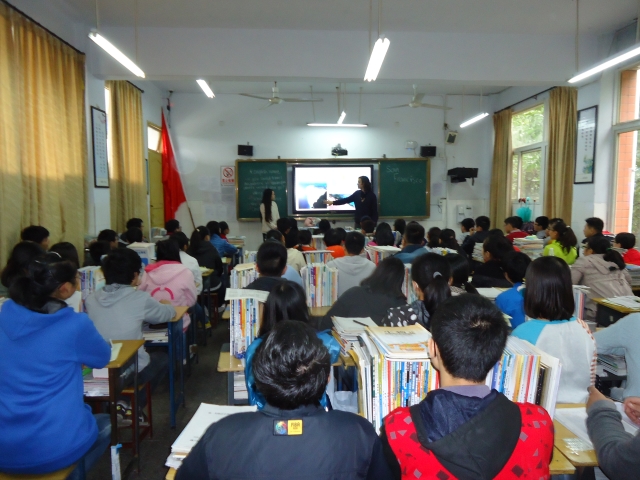 Back in Guang’an: SSTers in the classroom and a visit to New Hope Deaf Training Center

The SSTers teaching in Guang’an are in their groove. Although their teaching schedules are changing from week to week, their work in the classroom has become almost routine. They are preparing lessons and working with students at various grade levels at Friendship Middle School’s upper and lower grades. They still teach a good number of evening classes, but are now also teaching morning (as early as 7:50 am) and afternoon time slots. 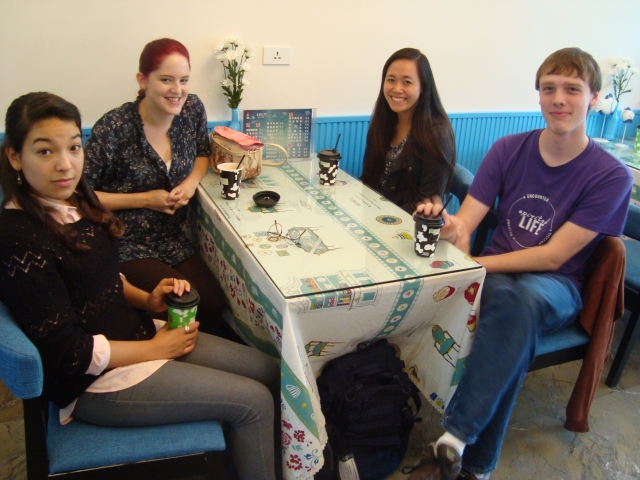 On October 27 we visited the SSTers who teach at Friendship Middle School in Guang’an. Friendship is an institution with a strong reputation for academics. The school is also well funded, as evinced by the touch screen smart boards in every classroom. The school has two campuses, one for lower middle school (grades 7-9) and one for upper middle school (grades 10-12). The campuses are a thirty minute (brisk) walk apart. Angeliky and Vince teach at both campuses, while the other four SSTers teach only on the upper middle school campus. Despite having two campuses, the school still faces classroom space constraints and so evening classes are a regular part of the school schedule. A large chunk of the SST teaching blocks are in the evenings, although they also have some morning and afternoon classes. A few Saturday review classes round out the schedules of some teaching pairs. 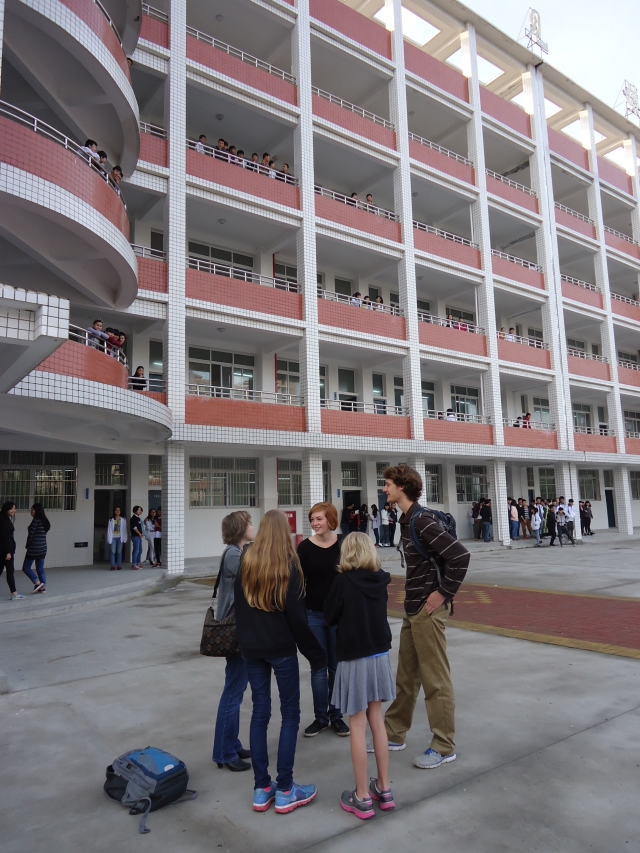 Teaching English in Yilong and Langzhong

On October 23 and 24 we visited the SST teaching groups in the cities of Yilong and Langzhong. In Yilong we were able to sit in on four classes at Virtue Middle School and saw all of the student teaching pairs in action. We were impressed. Classes in Yilong are large, with 60 to 80 students in a room. The material the SSTers teach varies from class to class since they are teaching different grade levels (with different curricula) and language ability varies within each class. 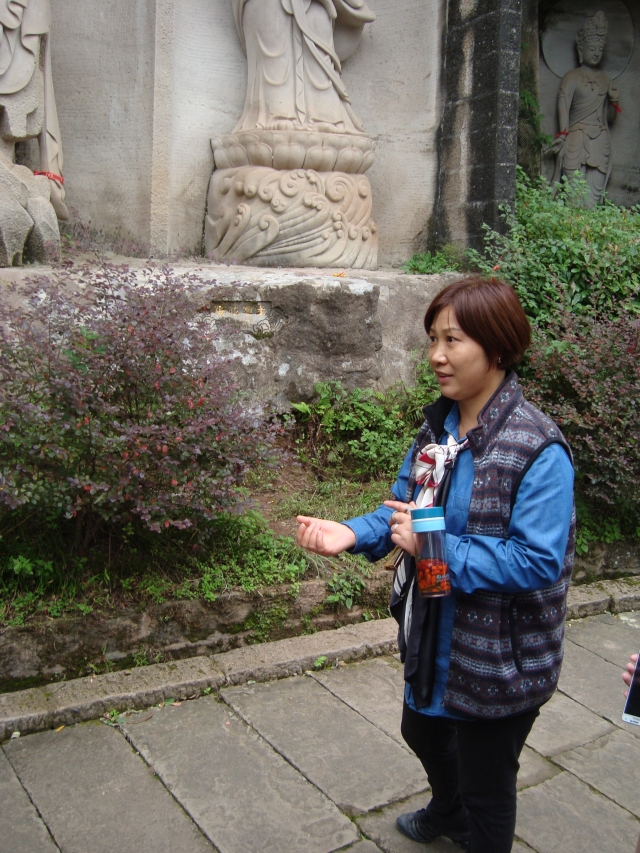 Harmony of humanity and nature at Lingyun Mountain

Before leaving Nanchong for their teaching service, the SST group took one more field trip, visiting Lingyun Mountain National Forest Park east of Nanchong. Professor He Mingyu of the China West Normal University’s English Department served as our guide. She had been an exchange scholar at Goshen College in 2002 and eager to meet this year’s group of GC students. 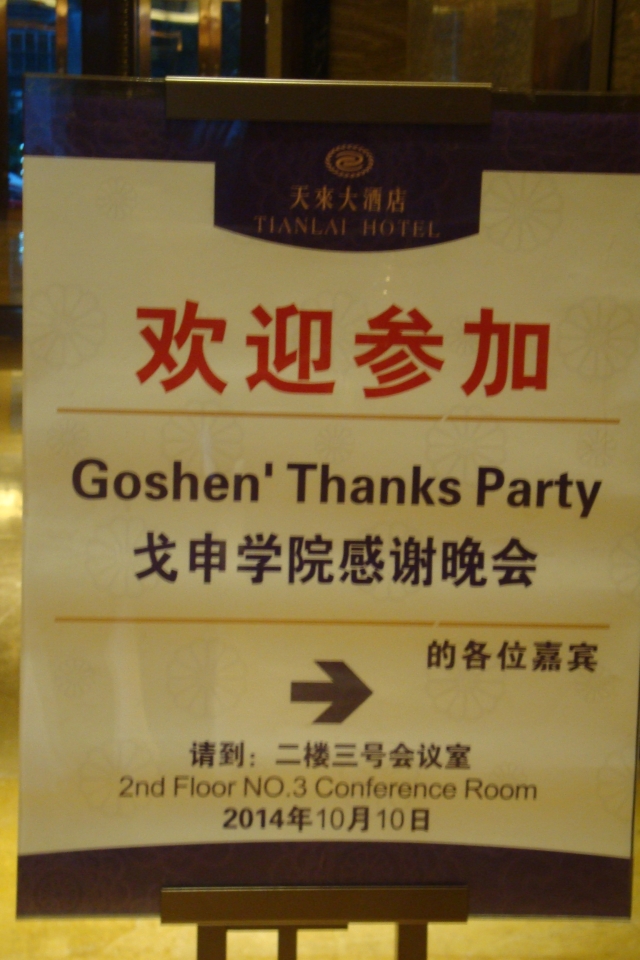 Throwing a party for our Nanchong host families

As our time in Nanchong came to an end, we planned a party for our host families to thank them for welcoming us into their homes for six weeks. They were patient with us when communication was difficult, they cared for us when we came down with colds or sore throats, and they introduced us to hot pot restaurants and to KTV (that is, karaoke, a common entertainment here). 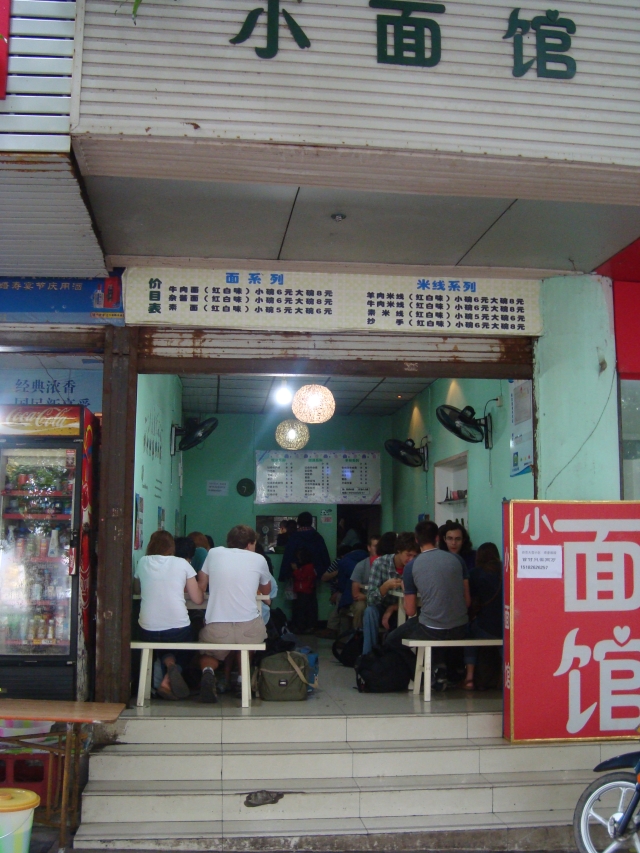 October 1-7 is National Week in China, a week-long vacation commemorating the end of the Chinese civil war in 1949 and the establishment of the People’s Republic of China. Schools at all levels are closed, so our classes at China West Normal University were suspended. Although roads and tourists destinations are crowded during this week, we used three of the open days in our schedule for field trips.