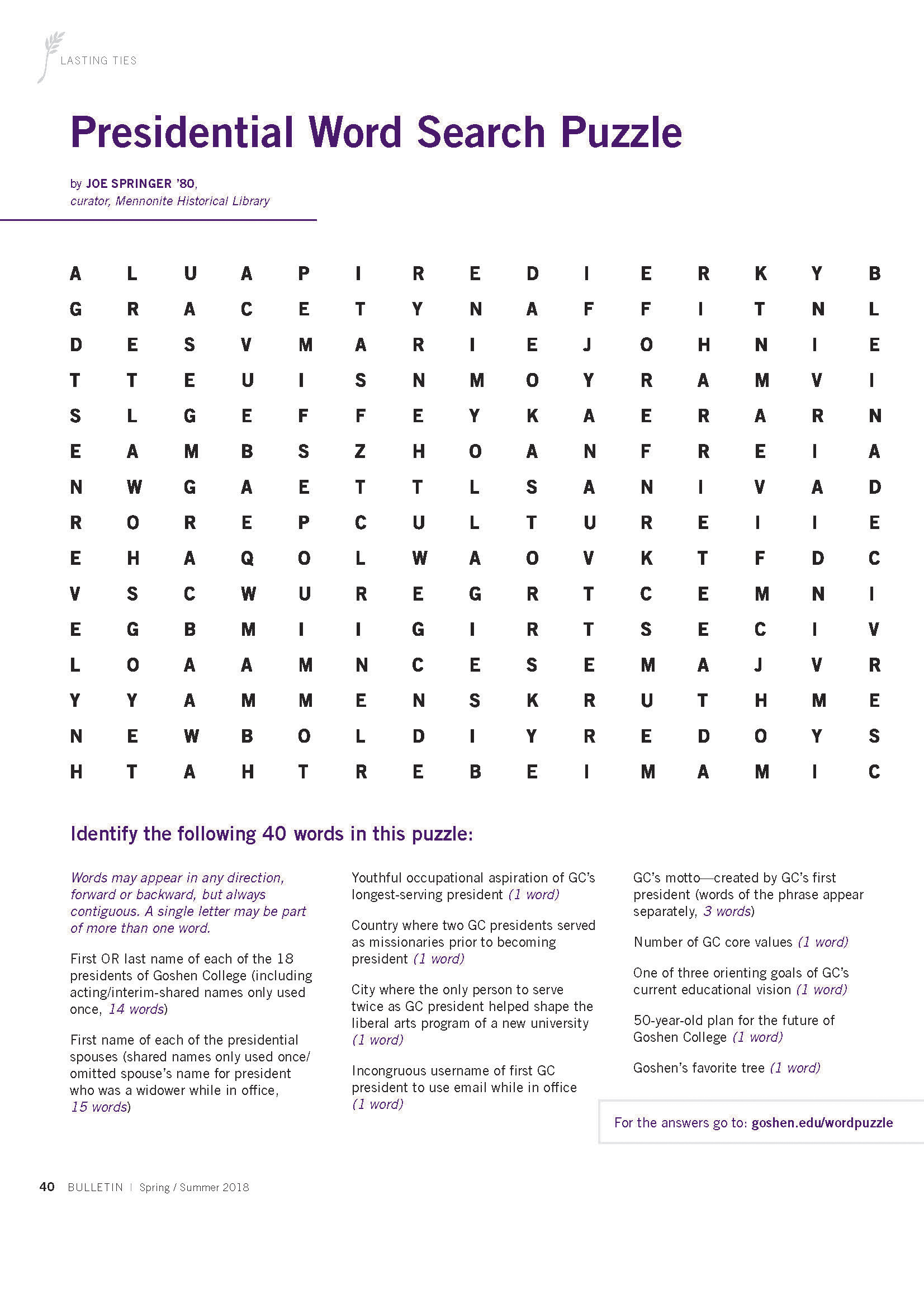 First OR last name of each of the 18 presidents of Goshen College (including acting/interim-shared names only used once, 14 words):

First name of each of the presidential spouses (shared names only used once/ omitted spouse’s name for president who was a widower while in office, 15 words):

Incongruous username of first GC president to use email while in office (1 word): Vices (username of Victor E. Stoltzfus)

One of three orienting goals of GC’s current educational vision (1 word): Joy (along with growth & purpose)

50-year-old plan for the future of Goshen College (1 word): SST