We are proud of our students’ accomplishments in research and scholarship – they have contributed countless hours in the field and lab.  We are fortunate to be able to support undergraduate research through the Witmer Endowment. If you would like to make contributions to this fund, you can give online and write “Witmer Fund” in the comments section. 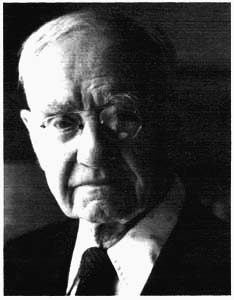 Discovery was one of Dr. Witmer’s greatest joys. He explored nature very enthusiastically in a scholarly and organized manner. He was also an accomplished linguist and a poet. In 1944, Dr. Witmer discovered one of the rarest plants in Indiana, the Kankakee Mallow, growing along a railroad near Goshen. In 1982, because of his discovery, the railroad leased an area along the tracks to the Indiana Nature Conservancy in order to protect the rare plants.

Witmer Woods was acquired by Goshen College in 1941 to be used as a natural recreation area. Dr. Witmer and his students transplanted trees and shrubs to create an arboretum. This valuable resource and learning tool is a fitting tribute to one who contributed so much to identifying and preserving plant life.

During retirement, Dr. Witmer pursued his intense interest in plant identification. He identified trees, shrubs and vines for the Elkhart County Park Board at Ox Bow Park and at Parson’s Swamp Woods. Witmer Trace, a 1.1 mile self-guided nature trail at Ox Bow was named in his honor. After an active life well into his nineties, Dr. Witmer died in 1990 at the age of 101.

The tradition of discovery developed by Dr. Witmer at Goshen College has been continued in the biology department by subsequent generations of faculty and students.

Establishment of the Fund

In 1977 the S.W. Witmer Fund was established by a modest gift from Irvin J. and Dorcas Kauffman. Their suggestion was to build an endowment to support special projects of the biology department. Special needs are understood as activities that are not directly related to routine classroom and teaching lab activities. The income is used, in part, to support research activities of students and faculty as they seek to discover more about the wonders of the natural order.

Note: Numerous alumni and friends have, due to the promotional activities of Dr. Frank Bishop during the 1980s, contributed to building this endowment fund. The income from this fund now supports the research activities of 3-5 students for 10 hours per week each and 3 hours of released time for one professor during the academic year. We welcome additional support and invite you to increase this important educational resource. Anyone wishing to add to the S.W. Witmer Endowment Fund may send contributions to:

Or you can make online contributions at this website – be sure to write “Witmer Fund” in the comments section of the online form.

Name of the Fund

Management of the Fund

Purposes of the Fund

The college is free to publish the purposes, activities and recipients of this endowment through all normal channels.