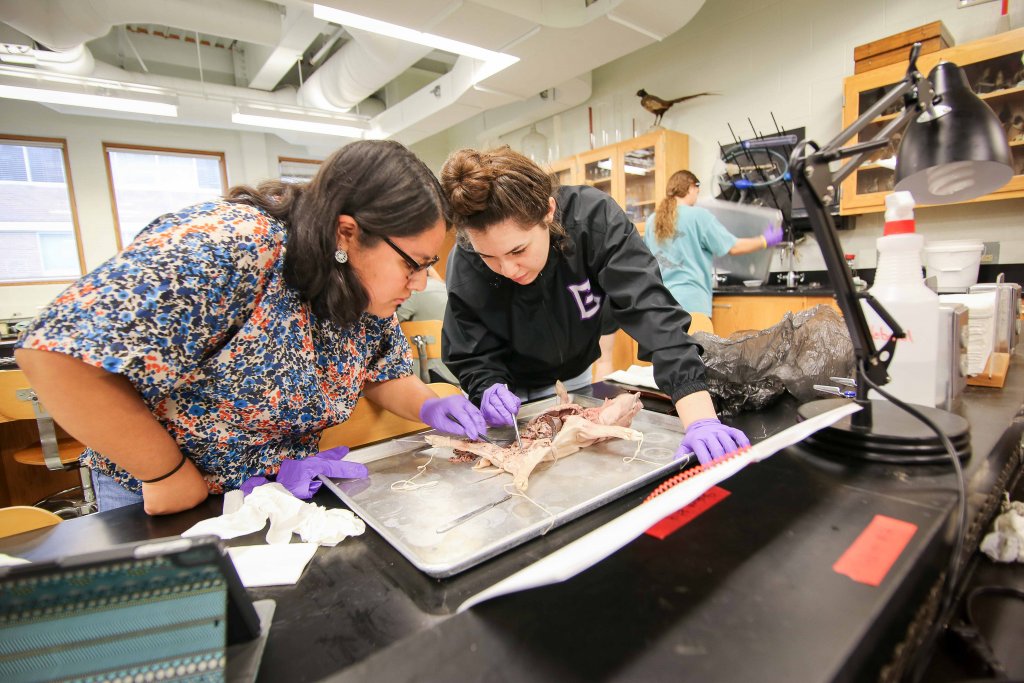 1. The fetal pig is a mammal, like humans. Nearly all major structures
are the same or similar in anatomy. While there are some interesting differences
between pigs and humans (see some comments under the ‘hints and tips’ page),
the most important things are very similar.

2. Fetal pigs are not bred for the purpose of dissection. They are a
by-product of the pork food industry. (1)

3. Fetal pigs are not killed for the purpose of dissection. Those that
are not used for education will be used for fertilizer production or discarded.
(1)

4. Fetal pigs are relatively inexpensive. Even in the extra large size,
where structures are well developed, they can be obtained for about 1/3
the cost of a similarly sized cat.

1. Dissection is a hands-on, investigatory kind of activity for students.
Historically, dissection has been the principle tool of investigation for
anatomists(2). Dissection allows students to “test the thruthfulness”
of what they see in books.(3)

2. Dissection engages students in “observational and kinesthetic
learning that instills a recognition an appreciation for the three dimensional
structure of the animal body, the interconnections between organs and organ
systems, and the uniqueness of biological material.”(2)

3. Dissection impresses on students the normal variation that is present
in the natural world. No two fetal pigs, even though they are perfectly
normal, will look exactly the same. In fact, to do well on practicals, students
MUST looks at several examples of each structure in different animals. Occasionally,
quite significant anatomical variations (anomalies) will be noticed. Most
would function perfectly normally. This helps to develop “students’
powers of observation.”(3)

Learn more about the Biology major at Goshen College.