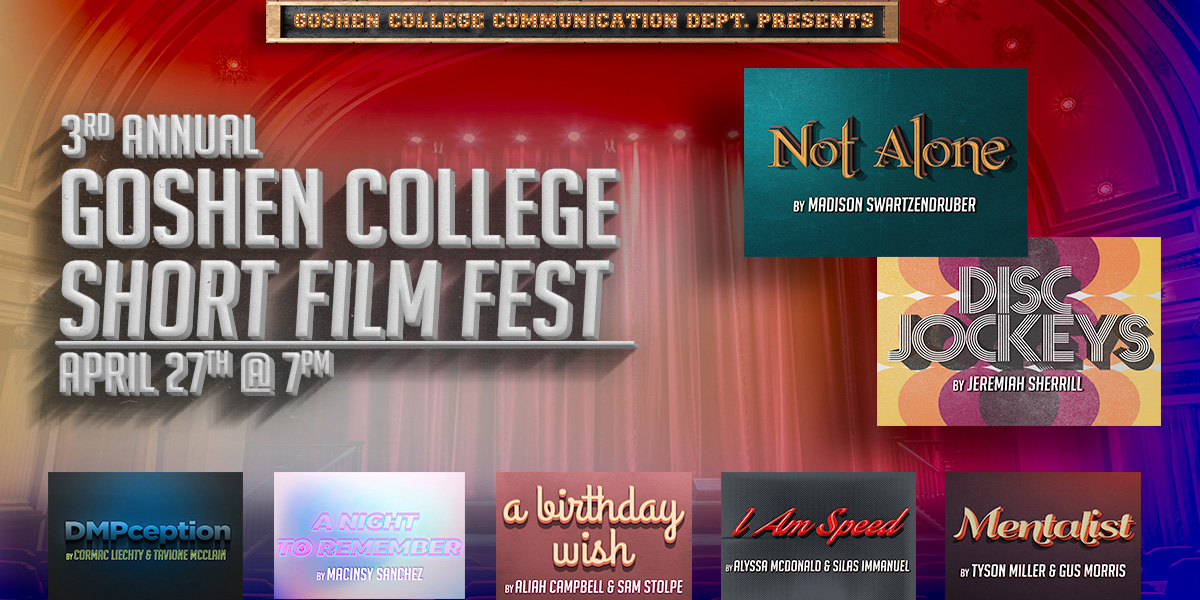 The Goshen College Communication Department will be hosting the 3rd Annual Goshen College Short Film Festival at the Goshen Theater in downtown Goshen on April 27 at 7 p.m. The event is free to the public and doors will open at 6:15 p.m.

This annual event is an opportunity for GC students from the Film Production Program to premiere short films they have been working on throughout the school year, including two senior capstone projects.