Michelle Alexander, a writer, civil rights advocate and professor, best known for her 2010 book The New Jim Crow: Mass Incarceration in the Age of Colorblindness, will present the Atlee and Winifred Beechy Peace, Justice and Reconciliation lecture on Wednesday, Feb. 19 at 7:30 p.m. in the Music Center’s Sauder Concert Hall. The event is free and open to the public.

Her lecture is titled “Mass Incarceration in the Age of Colorblindness”

Michelle Alexander is a highly acclaimed civil rights lawyer, advocate, legal scholar and author. Her book “The New Jim Crow: Mass Incarceration in the Age of Colorblindness” is a bestselling book that helped to transform the national debate on racial and criminal justice in the United States. Since “The New Jim Crow” was first published in 2010, it has spent nearly 250 weeks on The New York Times bestseller list and has been cited in judicial decisions, adopted in campus-wide and community-wide reads and has inspired a generation of racial justice activists motivated by Alexander’s unforgettable argument that “we have not ended racial caste in America; we have merely redesigned it.” The book has won numerous awards, including the 2011 NAACP Image Award for best nonfiction. Alexander has been featured in national radio and television media outlets, including MSNBC, NPR, CNN, Bill Moyers Journal, The Colbert Show, Real Time with Bill Maher, Tavis Smiley, Democracy Now! and C-SPAN. 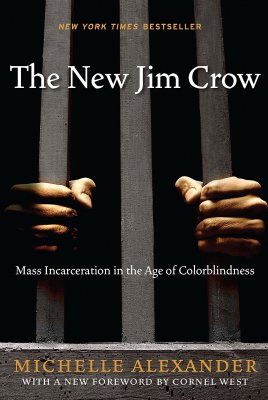 Over the years, Alexander has taught at a number of universities, including Stanford Law School, where she was an associate professor of law and directed the Civil Rights Clinic. In 2005, Alexander won a Soros Justice Fellowship that supported the writing of “The New Jim Crow” and accepted a joint appointment at the Kirwan Institute for the Study of Race and Ethnicity and the Moritz College of Law at The Ohio State University. Currently she is a visiting professor at Union Theological Seminary in New York City and a contributing opinion writer for The New York Times.

Prior to joining academia, Alexander engaged in civil rights litigation in both the private and nonprofit sector, ultimately serving as the director of the Racial Justice Project for the ACLU of Northern California, where she coordinated the Project’s media advocacy, grassroots organizing, and coalition building and launched a major campaign against racial profiling by law enforcement known as the “DWB Campaign” or “Driving While Black or Brown Campaign.”

Alexander is a graduate of Stanford Law School and Vanderbilt University. She has clerked for Justice Harry A. Blackmun on the U.S. Supreme Court and for Chief Judge Abner Mikva on the D.C. Circuit of the U.S. Court of Appeals.

The Atlee and Winifred Beechy Peace, Justice and Reconciliation Lectureship provides an annual opportunity for the college community to focus, re-examine and promote those ideals through a public lecture by a speaker knowledgeable and expert in peace, justice and reconciliation issues in current local, regional, national or international affairs.