This statement was given by Goshen College President Rebecca Stoltzfus at a press conference hosted by the Coalition Against the Elkhart County Immigration Detention Center on January 16, 2018.

UPDATE: On Monday, Jan. 22, CoreCive announced that it was withdrawing its proposal to build a private immigration detention center in Elkhart County. 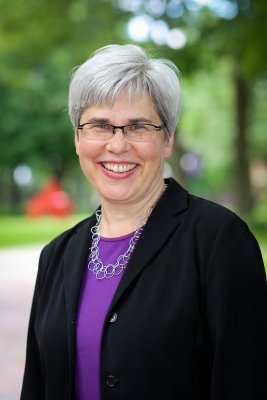 Goshen College is an affordable, nationally-recognized, private Christian liberal arts college known for leadership in intercultural and international education, sustainability and social justice. Goshen College employs around 300 people, with a payroll of $10.7 million and an operating budget of $37 million. The college has an estimated $50 million annual economic impact in Elkhart County.

Students choose to attend Goshen College, in part, because of the welcoming, entrepreneurial and prosperous environment that has characterized our surrounding community. For the 2017-2018 academic year, Hoosiers make up 58 percent of our traditional undergraduate enrollment and Elkhart County residents make up 39 percent. We expect and hope that those percentages will continue increasing in the coming years, along with the approximate 4,000 alumni who are contributing to the life and work of the community.

Thus, as Elkhart County’s only residential higher education institution, we oppose the proposed immigration detention center in Elkhart County. I will highlight three reasons for our position:

Goshen College urges the Elkhart County Board of Commissioners to vote to preserve our community’s prosperity and our excellent quality of life and vote “no” on the CoreCivic proposal.