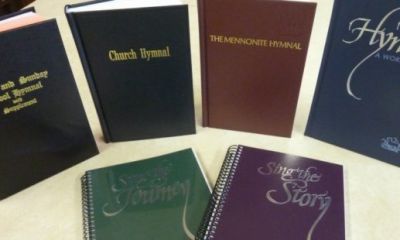 Four Goshen College graduates have been chosen to serve on the 12-person committee for the new song collection for Mennonite churches planned for release in 2020.