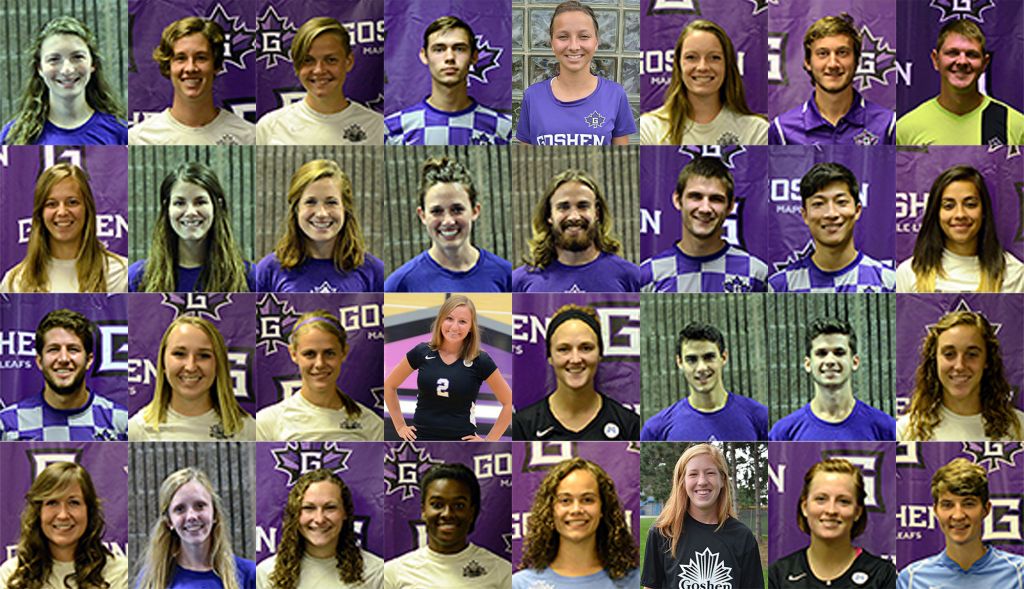 This story originally appeared on goleafs.net

The Goshen College athletic department strives to develop student-athletes athletically, academically, and as individuals of character in the community.

This fall, the Maple Leafs saw another milestone in those efforts: 32 fall student-athletes were named Daktronics-NAIA Scholar-Athletes, the most ever for the Goshen fall sports teams, passing the previous mark of 30 set last fall.

As fall national championships recently wrapped up at multiple sites throughout the country, the academic awards rolled in.  In the previous three-plus years, the Goshen College athletic department has been able to boast an impressive 172 scholar-athletes.

The Goshen women’s soccer team had 14 athletes recognized, the most of any school in the NAIA and nine more than it had in 2014. Six men’s soccer players earned recognition, one shy of their total from last year.

Nominated by each institution’s head coach, a student-athlete must maintain a minimum grade point average of 3.5 on a 4.0 scale and have achieved junior academic status to qualify.