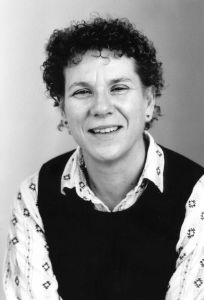 Goshen College’s 13th annual Conference on Science and Religion will be held April 5-7 and will feature speaker Gayle E. Woloschak, a professor of radiation oncology, radiology and cell and molecular biology at Northwestern University’s Feinberg School of Medicine. The conference’s theme is “Becoming Human: Weaving Together Genetics and Personhood.”

Woloschak is professor of radiation oncology, radiology, and cell and molecular Biology, associate director of the Radiation Oncology Residency Program, and associate director of the Centers of Cancer Nanotechnology Excellence in the Feinberg School of Medicine, Northwestern University. Prior to 2001 she and her research group were at Argonne National Laboratory in the Biosciences Division.

Woloschak received her bachelor’s degree in biological sciences from Youngstown State University and a doctorate in medical sciences with a specialization in immunology from the Medical College of Ohio. She did her postdoctoral training in the Departments of Immunology and Molecular Biology at the Mayo Clinic, where she later became an assistant professor. Woloschak’s scientific interests are predominantly in the areas of molecular biology and nanotechnology studies. She has authored over 150 scientific papers and has grants from the National Institutes of Health and the Department of Energy.

She also has theological training, having received a DMin. degree from Pittsburgh Theological Seminary in 2012 specializing in Eastern Christian Studies. Woloschak is past director and currently associate director of the Zygon Center for Religion and Science, director of the Epic of Creation program, member of the editorial board of the journal for religion and science Zygon, and adjunct professor of religion and sciences all at Lutheran School of Theology at Chicago.

The annual Goshen College Conference on Religion and Science is designed to provide discussion prompted by a leading thinker in the dialog between religion and science.

A single invited speaker presents three lectures, two of which are open to the public. Small, moderated discussion sessions provide conference participants an opportunity to address topics from the lectures in conversation with the speaker.