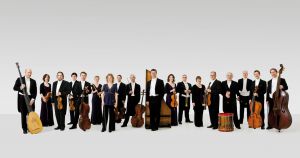 The English Concert, a baroque orchestra from London, will perform at Goshen College in a Performing Arts Series concert on Saturday, Feb. 16 at 7:30 p.m. in the Music Center’s Sauder Concert Hall.

The orchestra, which was formed in 1973, is known for playing classical music on period instruments. The group has performed chamber music across the United States, Europe and the Middle East. They have recorded over 100 widely praised performances under directors Trevor Pinnock and Harry Bicket.

Tickets are available through the Goshen College Welcome Center by calling (574) 535-7566, e-mailing welcomecenter@goshen.edu or visiting www.goshen.edu/tickets.