Goshen College Professor of Bible, Religion and Philosophy Keith Graber Miller’s new book Living Faith: Embracing God’s Callings (Cascadia Publishing House LLC, Dec. 2012) explains why the primary Christian calling is to be a follower of Jesus Christ and what this entails for vocational life. Written from an Anabaptist perspective but relevant for any denominational group, the book is perfect for intergenerational settings and ideal for both group and individual study of vocation. It offers both historical and contemporary insights for discerning passions and pursuing callings.

Boston University Professor of Sociology of Religion Nancy T. Ammerman said, “Graber Miller calls all Christians to discern their passions, to be followers of Christ in vocations that matter. With the charm of a master story-teller, the vision of a teacher, and the insight of a seasoned scholar, he ranges from Mennonite history to today’s urban and professional Mennonite culture in a way that will inform and challenge lay readers and theologians alike.”

Living Faith can be purchased online for $12.95. It is also available in the Goshen College Bookstore.

Seeking Places of Peace strives to create a comprehensive history of Mennonites in North America with a focus on people and places. It is one of the first to treat U.S. and Canadian Mennonite history as an integrated whole and explores how various people worked and lived in North America to express their religious devotion. Nolt and Loewen investigate the everyday lives of Mennonite men and women to illustrate their way of life.

The authors are “both masters of the North American story, and they have charted a fresh journey through remarkably diverse experiences,” said John A. Lapp and C. Arnold Snyder, who have overseen the Mennonite Global History series. “They both bring the insights of social history, which means that they focus on people in many geographical environments rather than on institutional development and theological controversy.

Together, they describe their task as writers of this inclusive and sweeping history as “seeking to answer a single question: How did Mennonite men and women live out their distinctive religious calling to follow Christ in North America? The answer is that they did so as ordinary people, in everyday life. In their lives they often aimed for holiness, neatness and orderliness, but the fact is that life is not always neat, it is never sin-less and indeed it is often messy. There have been joys and tears, moments of achievement and times of failure.”

In addition to teaching history, Nolt is an internationally-recognized expert on the Old Order Amish. He is the author or coauthor of nine other books, including The Amish Way: Patient Faith in a Perilous World (2010), Amish Grace: How Forgiveness Transcended Tragedy (2007), Mennonites, Amish and the American Civil War (2007) and A History of the Amish (2003).

Seeking Places of Peace, a 400-page book, can be purchased online. It is also available in the Goshen College Bookstore.

Retired Goshen College Professor of Bible Don Blosser authored the new book Pastor and Professor: A Public Faith (Wipf and Stock Publishers, Aug. 2012). The book is one pastor’s story of a rich life filled with experiences that tested his faith and demanded growth that was both exhilarating and painful. It is the personal story of moving from faith as right doctrinal belief to faith as a liberating response to a loving God — a God who is always present, continually drawing followers into the future. This dynamic understanding of faith is based on the belief that the kingdom of God is a present reality where followers of Jesus are to be pastoral in spirit while prophetic in living.

Blosser weaves personal experience with public expression of an emerging faith that wrestles candidly with the realities of life and deals with the pastor/professor tension of integrating academic scholarship in the classroom with pastoral proclamation in the pulpit. Pastor and Professor invites the reader to share a journey where faith is often challenged, sometimes doubted, yet lived with enthusiasm as it is shared from the pulpit and in the college classroom. It invites the reader to find fresh insights in the Scriptures, and to live with new hope, to embrace life more fully, and to share more gently one’s own story with others.

Blosser, who received his doctorate from St. Andrews University in Scotland, is an ordained Mennonite minister who pastored congregations in Freeport, Ill. and Akron, Pa. He is the author of Dictionary of the Literature of the Bible (1993), and contributor to Jesus: His Life and Times (1998). He taught at Goshen College from 1979 to 2001.

Pastor and Professor can be purchased online for $22.40. It is also available in the Goshen College Bookstore.

The Classical Theory of Fields: Electromagnetism

Professor Emeritus of Physics Carl Helrich wrote the new graduate text in physics, The Classical Theory of Fields: Electromagnetism (Jan. 2012), published by Springer, a leader in scientific literature. It is based on a class that he taught at Goshen College and gives a thorough and logical exposition of the theory of electromagnetism, enriched with historical details. Some other features include high quality diagrams, end of chapter questions and a separate complete solutions manual. 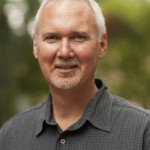 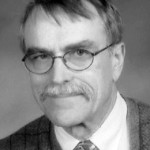 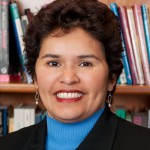 The new book Thriving in Leadership: Strategies for Making a Difference in Christian Higher Education (ACU Press, Aug. 2012), edited by Karen A. Longman, includes contributions by 16 other senior leaders in Christian higher education across North America, including Goshen College Associate Dean for Intercultural Development & Educational Partnerships Rebecca Hernandez. Her chapter is titled “Beyond ‘hospitality’: Moving out of the host-guest metaphor into an intercultural ‘World House.’”

This compilation represents an engaging introduction to leadership approaches and strategies in Christian higher education, designed to strengthen the leaders of today and inspire the leaders of tomorrow. 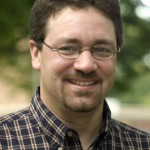 Campus Pastor Bob Yoder had a chapter published in a recent book titled Building a Culture of Faith: University-Wide Partnerships for Spiritual Formation (Abilene Christian University Press, Aug. 2012). The title of his chapter is “Strengthening a Christian College as a Faith-Mentoring Environment through Knowing-Being-Doing.” The book is a collection of 14 different essays on the influences of various parts of the university on student spiritual formation. Yoder’s chapter shares some of the findings of a two-year study he recently conducted.

In 2012, Professor of Bible, Religion and Philosophy Keith Graber Miller received the Dale Brown Book Award for the text he edited titled Prophetic Peacemaking: Selected Writings of J.R. Burkholder (Institute for Mennonite Studies, 2010). The award is given for a new book that is “judged to advance significantly the scholarship in Anabaptist and Pietist studies,” and is given annually by Elizabethtown College’s Young Center for Anabaptist and Pietist Studies. Burkholder was a long-time religion, ethics and peace studies professor at Goshen College, and a mentor for Graber Miller during and since his seminary studies. Prophetic Peacemaking was chosen from a pool of 25 nominated books this year.

View a video of Graber Miller delivering the Dale Brown Book Award Lecture in October at the Young Center, and Burkholder offering a response.