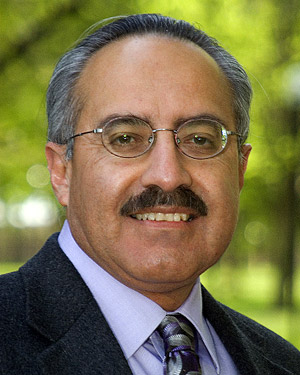 By Richard Aguirre, director of corporate and foundation relations

During 25 years as a journalist, I observed a strange phenomenon: deaths skyrocketed around Christmas. It wasn’t a random occurrence; research confirms that death doesn’t take a holiday.

Dec. 25 is the deadliest day of the year, followed by Dec. 26 and Jan. 1, according to a University of California, San Diego analysis of 57.5 million U.S. death certificates from 1979 through 2004. Deaths surge across the country because of higher-than-normal respiratory infections, cardiac diseases, digestive problems and delays seeking medical help.

For most of us, death is the furthest thing from our minds on Christmas Day, so we celebrate with church and candles, prayers and presents, merriment and mistletoe and singing and stockings. For others, however, Christmas evokes loneliness, regret, disappointment and sadness, especially for those grieving deceased family and friends.

Today’s Scripture is a rich mixture of emotions because it focuses on two aged and devout people anticipating new life and death. Simeon and Anna had been waiting a long time in the Jerusalem temple when Mary and Joseph arrived to offer a sacrifice and consecrate Jesus, 40 days after his birth.

They erupted with joy when they saw the infant Messiah; their faith had been rewarded and they praised God. Simeon must have startled Joseph and Mary by saying he was ready to die and proclaiming Jesus “a light for revelation to the Gentiles and for glory to your people Israel.” He then predicted the future by telling Mary that Jesus was “destined for the falling and rising of many in Israel, and to be a sign that will be opposed … and a sword will pierce your soul, too.”

Simeon was able to prophesy because he was filled with the Holy Spirit, but he also had completed his mission and was ready to peacefully surrender his life. Apparently unfazed, Joseph, Mary and Jesus returned to Nazareth and the child “grew and became strong, filled with wisdom; and the favor of God was upon him.”

The Scripture makes clear that death is a part of life and essential to Christ’s resurrection, which is the core of Christianity. Remembering that can help us endure the darkest nights of our soul because great things do come to those who wait. And today our patience has been rewarded with the arrival of our savior. Glory hallelujah!

PRAYER (The Song of Simeon):

Master, now you are dismissing your servant in peace, according to your word;
for my eyes have seen your salvation,
which you have prepared in the presence of all peoples,
a light for revelation to the Gentiles and for glory to your people Israel.

NOTE FROM THE EDITORS:
Merry Christmas and thank you for joining the Goshen College community through this season of Advent. Our hope is that you found the devotions as inspirational and comforting as did the writers. We invite you to join us in February as students, faculty and staff again offer daily devotionals in the days leading to Easter. Until then, may God’s presence surround you and God’s love sustain you.

After eight days had passed, it was time to circumcise the child; and he was called Jesus, the name given by the angel before he was conceived in the womb. 22When the time came for their purification according to the law of Moses, they brought him up to Jerusalem to present him to the Lord 23(as it is written in the law of the Lord, “Every firstborn male shall be designated as holy to the Lord”), 24and they offered a sacrifice according to what is stated in the law of the Lord, “a pair of turtledoves or two young pigeons.”