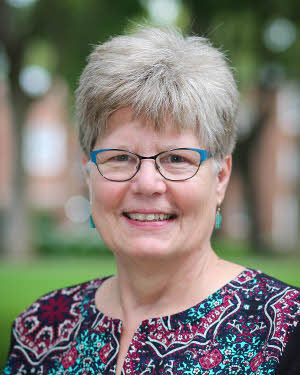 DEVOTIONAL:
When I was a child, my Sunday School teacher gave each of us an old dried up lump of something. She had us put this lump in a pot of dirt, gave us instructions to water it regularly and put it in the sunshine with the promise that soon our lump would look just like the beautiful picture of a flower that she showed us. And, of course she was right, that lump grew into a beautiful daffodil.

The lesson for us was that as unbelievable as it might seem, the same thing happened to Christ; he was dead when he was put into the tomb but arose from the dead to become very much alive. The idea that Christ died on the cross for our redemption and then rose from the dead is a pretty difficult concept for a child to grasp, and yet, it seems that it is difficult for adults to believe that truth as well.

In this passage from Luke, we are told that someone (Joseph of Arimathea) cared enough to put this indigent Jesus’ body into an expensive tomb. It seems certain that Joseph had no idea that Christ would only need the tomb for three days. Imagine his surprise when he received the word that Christ’s body was gone from the tomb. Scripture tells us that Joseph was waiting expectantly for the coming of the kingdom of God. Do you think he recognized that this is what happened when Jesus’ body disappeared from the tomb?

As we move from mourning Christ’s death to celebrating his resurrection, let’s be certain that we remember always that Jesus Christ is no longer dead, but is alive. “Why do you look for the living among the dead? He is not here, but has risen. Remember how he told you, while he was still in Galilee, that the Son of Man must be handed over to sinners, and be crucified, and on the third day rise again.”

Now there was a good and righteous man named Joseph, who, though a member of the council, 51had not agreed to their plan and action. He came from the Jewish town of Arimathea, and he was waiting expectantly for the kingdom of God. 52This man went to Pilate and asked for the body of Jesus. 53Then he took it down, wrapped it in a linen cloth, and laid it in a rock-hewn tomb where no one had ever been laid. 54It was the day of Preparation, and the sabbath was beginning. 55The women who had come with him from Galilee followed, and they saw the tomb and how his body was laid. 56Then they returned, and prepared spices and ointments. On the sabbath they rested according to the commandment.

24But on the first day of the week, at early dawn, they came to the tomb, taking the spices that they had prepared. 2They found the stone rolled away from the tomb, 3but when they went in, they did not find the body. 4While they were perplexed about this, suddenly two men in dazzling clothes stood beside them. 5The women were terrified and bowed their faces to the ground, but the men said to them, “Why do you look for the living among the dead? He is not here, but has risen. 6Remember how he told you, while he was still in Galilee, 7that the Son of Man must be handed over to sinners, and be crucified, and on the third day rise again.” 8Then they remembered his words, 9and returning from the tomb, they told all this to the eleven and to all the rest. 10Now it was Mary Magdalene, Joanna, Mary the mother of James, and the other women with them who told this to the apostles. 11But these words seemed to them an idle tale, and they did not believe them. 12But Peter got up and ran to the tomb; stooping and looking in, he saw the linen cloths by themselves; then he went home, amazed at what had happened.