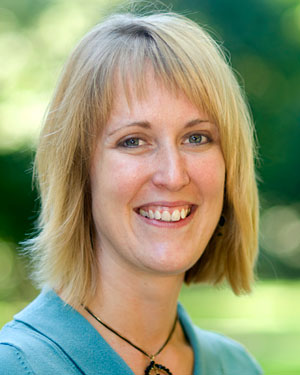 DEVOTIONAL:
We know the Good Friday story. We also know that it’s not the end of the story, that resurrection awaits.

But for today, we linger in the deep sadness and disillusionment of the followers of Jesus. We grieve for his mother, as she watches the suffering of her beloved yet puzzling gift from Yahweh. We get angry with those who mock Jesus, but question if we really would have had the courage to do better than Peter.

What catches me in the text this year are the final words of Jesus: “Into your hands I commend my spirit.” Jesus lets go so that God can take hold.

Jesus does not let go in defeat. He releases his spirit back to its Source, so that more can be accomplished.

This year’s Parables ensemble, a Goshen College student worship team, sang a beautiful setting of the American folk hymn “What Wondrous Love is This.” In expressive movement added by the group members, they would “sink down” in pain but soon be guided to open their hands and extend their arms. It offered an image of both letting go and taking hold that moved me each time I watched the group.

I think about that image and Luke’s final words from Jesus as I ponder Good Friday. Of what could the Holy One take hold, if I would let go? What might I discover if I would extend my arms to take hold of something new?

While he was still speaking, suddenly a crowd came, and the one called Judas, one of the twelve, was leading them. He approached Jesus to kiss him; 48but Jesus said to him, “Judas, is it with a kiss that you are betraying the Son of Man?” 49When those who were around him saw what was coming, they asked, “Lord, should we strike with the sword?” 50Then one of them struck the slave of the high priest and cut off his right ear. 51But Jesus said, “No more of this!” And he touched his ear and healed him. 52Then Jesus said to the chief priests, the officers of the temple police, and the elders who had come for him, “Have you come out with swords and clubs as if I were a bandit? 53When I was with you day after day in the temple, you did not lay hands on me. But this is your hour, and the power of darkness!”

54Then they seized him and led him away, bringing him into the high priest’s house. But Peter was following at a distance. 55When they had kindled a fire in the middle of the courtyard and sat down together, Peter sat among them. 56Then a servant-girl, seeing him in the firelight, stared at him and said, “This man also was with him.” 57But he denied it, saying, “Woman, I do not know him.” 58A little later someone else, on seeing him, said, “You also are one of them.” But Peter said, “Man, I am not!” 59Then about an hour later still another kept insisting, “Surely this man also was with him; for he is a Galilean.” 60But Peter said, “Man, I do not know what you are talking about!” At that moment, while he was still speaking, the cock crowed. 61The Lord turned and looked at Peter. Then Peter remembered the word of the Lord, how he had said to him, “Before the cock crows today, you will deny me three times.” 62And he went out and wept bitterly.

63Now the men who were holding Jesus began to mock him and beat him; 64they also blindfolded him and kept asking him, “Prophesy! Who is it that struck you?” 65They kept heaping many other insults on him. 66When day came, the assembly of the elders of the people, both chief priests and scribes, gathered together, and they brought him to their council. 67They said, “If you are the Messiah, tell us.” He replied, “If I tell you, you will not believe; 68and if I question you, you will not answer. 69But from now on the Son of Man will be seated at the right hand of the power of God.” 70All of them asked, “Are you, then, the Son of God?” He said to them, “You say that I am.” 71Then they said, “What further testimony do we need? We have heard it ourselves from his own lips!”

23Then the assembly rose as a body and brought Jesus before Pilate. 2They began to accuse him, saying, “We found this man perverting our nation, forbidding us to pay taxes to the emperor, and saying that he himself is the Messiah, a king.” 3Then Pilate asked him, “Are you the king of the Jews?” He answered, “You say so.” 4Then Pilate said to the chief priests and the crowds, “I find no basis for an accusation against this man.” 5But they were insistent and said, “He stirs up the people by teaching throughout all Judea, from Galilee where he began even to this place.” 6When Pilate heard this, he asked whether the man was a Galilean. 7And when he learned that he was under Herod’s jurisdiction, he sent him off to Herod, who was himself in Jerusalem at that time. 8When Herod saw Jesus, he was very glad, for he had been wanting to see him for a long time, because he had heard about him and was hoping to see him perform some sign. 9He questioned him at some length, but Jesus gave him no answer. 10The chief priests and the scribes stood by, vehemently accusing him. 11Even Herod with his soldiers treated him with contempt and mocked him; then he put an elegant robe on him, and sent him back to Pilate. 12That same day Herod and Pilate became friends with each other; before this they had been enemies.

13Pilate then called together the chief priests, the leaders, and the people, 14and said to them, “You brought me this man as one who was perverting the people; and here I have examined him in your presence and have not found this man guilty of any of your charges against him. 15Neither has Herod, for he sent him back to us. Indeed, he has done nothing to deserve death. 16I will therefore have him flogged and release him.” 18Then they all shouted out together, “Away with this fellow! Release Barabbas for us!” 19(This was a man who had been put in prison for an insurrection that had taken place in the city, and for murder.) 20Pilate, wanting to release Jesus, addressed them again; 21but they kept shouting, “Crucify, crucify him!” 22A third time he said to them, “Why, what evil has he done? I have found in him no ground for the sentence of death; I will therefore have him flogged and then release him.” 23But they kept urgently demanding with loud shouts that he should be crucified; and their voices prevailed. 24So Pilate gave his verdict that their demand should be granted. 25He released the man they asked for, the one who had been put in prison for insurrection and murder, and he handed Jesus over as they wished.

26As they led him away, they seized a man, Simon of Cyrene, who was coming from the country, and they laid the cross on him, and made him carry it behind Jesus. 27A great number of the people followed him, and among them were women who were beating their breasts and wailing for him. 28But Jesus turned to them and said, “Daughters of Jerusalem, do not weep for me, but weep for yourselves and for your children. 29For the days are surely coming when they will say, ‘Blessed are the barren, and the wombs that never bore, and the breasts that never nursed.’ 30Then they will begin to say to the mountains, ‘Fall on us’; and to the hills, ‘Cover us.’ 31For if they do this when the wood is green, what will happen when it is dry?”

32Two others also, who were criminals, were led away to be put to death with him. 33When they came to the place that is called The Skull, they crucified Jesus there with the criminals, one on his right and one on his left. 34Then Jesus said, “Father, forgive them; for they do not know what they are doing.” And they cast lots to divide his clothing. 35And the people stood by, watching; but the leaders scoffed at him, saying, “He saved others; let him save himself if he is the Messiah of God, his chosen one!” 36The soldiers also mocked him, coming up and offering him sour wine, 37and saying, “If you are the King of the Jews, save yourself!” 38There was also an inscription over him, “This is the King of the Jews.” 39One of the criminals who were hanged there kept deriding him and saying, “Are you not the Messiah? Save yourself and us!” 40But the other rebuked him, saying, “Do you not fear God, since you are under the same sentence of condemnation? 41And we indeed have been condemned justly, for we are getting what we deserve for our deeds, but this man has done nothing wrong.” 42Then he said, “Jesus, remember me when you come into your kingdom.” 43He replied, “Truly I tell you, today you will be with me in Paradise.”

44It was now about noon, and darkness came over the whole land until three in the afternoon, 45while the sun’s light failed; and the curtain of the temple was torn in two. 46Then Jesus, crying with a loud voice, said, “Father, into your hands I commend my spirit.” Having said this, he breathed his last. 47When the centurion saw what had taken place, he praised God and said, “Certainly this man was innocent.” 48And when all the crowds who had gathered there for this spectacle saw what had taken place, they returned home, beating their breasts. 49But all his acquaintances, including the women who had followed him from Galilee, stood at a distance, watching these things.